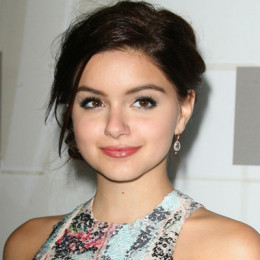 Ariel Winter is a rising American actress, voice actress and a singer known for her role in the television series Modern Family as Alex Dunphy. She has won four Screen Actors Guild Awards for the role. She was born in Fairfax, Virginia to parents, mother Chrisoula "Chrystal" Batistas and father, Glenn Workman. She has two sisters who are also actresses. She began her career at the age of 6 obtaining a job in the Cool Whip commercial.

Ariel Winter's Personal Life: Who is Her Boyfriend?

Winter, 21 was spotted with her boyfriend on 16th March 2019 after having lunch together at Joan's on Third. A month earlier, she celebrated Valentine's Day with her boyfriend and posted an adorable image of the two via Instagram post.

Ariel Winter and her boyfriend Levi Meaden in a romantic mood.

Previously, she was in a relationship with two actors but the relationship did not sustain for long. She was single for a while and by then she met with her current love.

Ariel Winter Workman was born on 28 January 1998 in Los Angeles, California. Ariel has a sour relationship with her mother Crystal Workman.

She is best known for her performance as Alex Dunphy in the comedy series Modern Family.