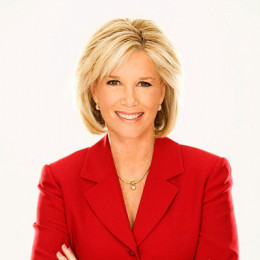 Joan Lunden is an American journalist, a television host, and an author who has served in the most syndicated radio show of America, ABC's Good Morning America from 1980 till 1997 as a co-host. She is an author of 8 books to date. She is currently working as a special correspondent for NBC's Today show. She has been active in the industry since 1975.

Joan Lunden was born Joan Elise Blunden on September 19, 1950, in Fair Oaks, California to Gladyce Lorraine (née Somerville) and Dr. Erle Murray Blunden, a physician. Her father was a physician. She is American and belongs to the White-American ethnicity.

Joan Lunden started her career as a news reporter. In 1972, she joined New York's WABC-TV Eyewitness News. She changed her name to avoid being called, Blunder. After a year, she joined GMA where she served as a feature new/consumer reporter and also served fill-in co-host on ABC's coverage of the Winter Olympics. 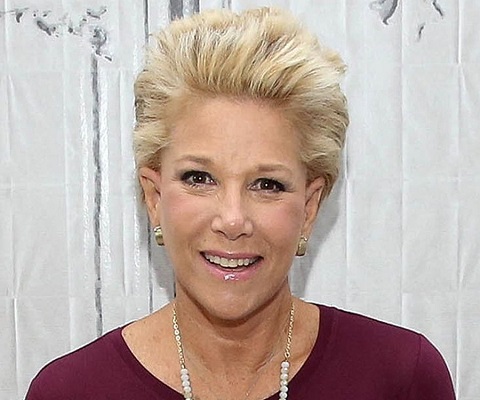 In 1975, Lunden left the GMA after being served for 17 years. She also hosts on the A&E cable network program, Behind Closed Doors. Currently, she is the spokesperson for A Place for Mom, a national senior care referral service.

Lunden reported from 26 countries, covered four presidents, five Olympic Games, and two royal weddings. She is one of the most popular female news reporters on ABC which allowed her to interview  U.S. Presidents and First Ladies Gerald and Betty Ford, Jimmy and Rosalynn Carter, Ronald and other popular faces.

Get To Know More: Cecily Tynan

Joan Lunden is a married woman, she exchanged a vow with Jeff Konigsberg on April 18, 2000, at an intimate ceremony in the presence of their closed ones and family members. The duo is proud parents of two sets of twins who are born with the help of the surrogate mother.

Joan Lunden and her husband with their two sets of twins.
Source: Nerdygag

Prior to marrying Konigsberg, she was in a marital relationship with TV producer and radio interviewer, Michael A. Krauss. The duo tied the knot in 1978 and shared three daughters, Jamie Beryl Krauss (born on July 4, 1980), Lindsay Leigh Krauss and Sarah Emily Krauss.

Joan Lunden converted to Judaism during the marriage with Krauss. However, the couple failed to handle their married life and split apart in 1992.

On June 24, 2014, Lunden revealed she has been diagnosed with breast cancer on Good Morning America.

Joan Lunden is one of the successful female journalists. Her estimated net worth is $25 million. She earned $98k-$107k per month. Yearly, she earned more than $5 million from her career.

Check out the video where Joan Lunden talked about her breast cancer!

First Marriage with Michael A. Krauss

He is her first husband. They have three children born from each other. They happen to separate after being together for 14 years. He is a television producer, redio interviewer and packager by profession.

He is an owner of camp Takajo. He is the second husband to his wife. They have two sets of twins, two daughters and two sons, born from a surrogate mother.

He is the eldest of all. He is all grown up and matured. He is tall and handsome.

She is very beautiful and all grown up. She has two siblings and four half siblings.

She is the youngest child from this marriage of her mother. She is all grown up and is beautiful. She has little four half siblings along with her own two older siblings.

She is the first set of twin child her mother has from this marriage. She was born with the help of a surrogate mother.

He is the first set of twin child her mother has from this marriage. He was born with the help of a surrogate mother.He is very cute.

She is from the set set of twins her mother has from this marriage. She is still young and very beautiful. This twin is also born from surrogacy.

He is the set set of twins of his mother has from this marriage. He is still young and very cute. This twin is also born from surrogacy.