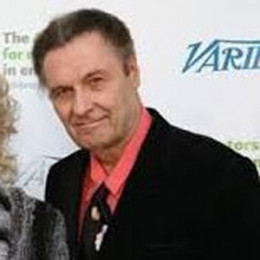 Joseph Bologna was an American actor, well known for his roles in comedy movies including Transylvania and Favourite Year. He also succeeds to establish himself as a director too as he directed many short movies which were commercially successful.

Joseph Bologna was born on 30 December 1934 in Brooklyn, New York, United States of America. He studied at Brown University, majored in art history.

After graduation, he served in the United States Marine Corps. He was also hired to produce and direct Manhattan-based TV commercials.

Joseph Bologna came into limelight, from his breakout movie Love and Other Strangers, written by his wife, Renee Taylor. It is based on the true-life circumstances of organizing a wedding on short notice with the involvement of his Italian extended family and Renee Jewish clan.

Bologna remained close with his old-neighborhood uncles and aunt after becoming successful. His aunt Pauline encouraged him to feature in the nudity-containing Blame It on Rio, starring Michael Caine.

''Blame it on me, its the last time I invite Aunt Pauline to a movie premiere.''

In 1976, he made his appearance in the television drama What Now Catherine Curtis? along with Lucille Ball. Other portrayals of Bologna include playing as the brother of James Caan's widowed protagonist in Neil Simon's 1979 romance Chapter Two, appearing as Sid Caesar.

Here's an interview of Joseph Bologna talking about the TV-miniseries SINS:

Later in 1987, Bologna featured in the TV musical sitcom Rags to Riches, as the millionaire mogul turned foster father, Mick Foley. The show did two seasons. He has also appeared Dr. Malavaqua, a mad scientist, in 1985 comedy Transylvania 6-5000.

In 2006, Joseph provided his voice for Mr. Start in Ice Age: The Meltdown.

They were first introduced by their mutual manager, Buddy Allen. The wedding was held on the stage of "The Merv Griffin Show".

They both have also starred together on stage and television. He played a love interest for his real-life wife in the ''Maternal Affairs'' episode of the CBS sitcom The Nanny.

The couple renewed their vows five times during the time of their married life, each time in a different religious ceremony.

In 2017, he received the Night of 100 Stars Oscars Gala Lifetime Achievement Award from actor-comedian Richard Lewis and his peer to celebrate his sixty-year career and his hard work to save The Motion Picture Home Hospital.

On 13 August 2017, Joseph Bologna died at the age 82, in Duarte California, due to pancreatic cancer. He died just two days later the couple celebrated their 52nd marriage anniversary.

Joseph Bologna has earned an enormous amount of money from his acting career, as he has made appearances in various movies, during his lifetime, Bologna's total net worth is estimated to be in a million dollar.

Also Read the Biography of: Will Estes

Joseph Bologna married Renee Taylor, who was also an actress and writer, as she has written a movie where Bologna appeared as a lead.

Gabriel was born to Joseph Bologna and Renee Taylor, however, his birth date is not available.