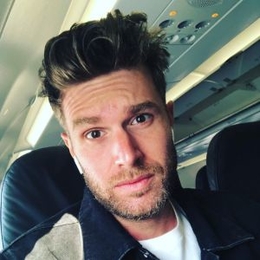 Joel Dommett is an English actor, comedian, and writer who is famously recognized for making appearances for the television shows like Reality Bites, Roast Battle, Skins, and Impractical Jokers. Besides this, he hosts TV Shows like Hey Tracey and The Mask Singers.

Actor Joel Dommett is one blissfully married man as he is married to his wife Hannah Cooper. The first meeting of lovebirds, Joel Dommett and Hannah Cooper, is no less than any fairytale story. Hannah was always an admirer of charismatic Joel. So, one day in the year 2016, she began a conversation with Joel sending a 'cat love eye emoji' message on his Instagram.

That small gesture proved to be more than enough that paved the way to Joel's heart as Joel instantly and eventually fell in love with her. Soon after their message encounter, they started dating. And after a year of living together, the romantic duo got engaged on the auspicious day of Christmas in 2017. 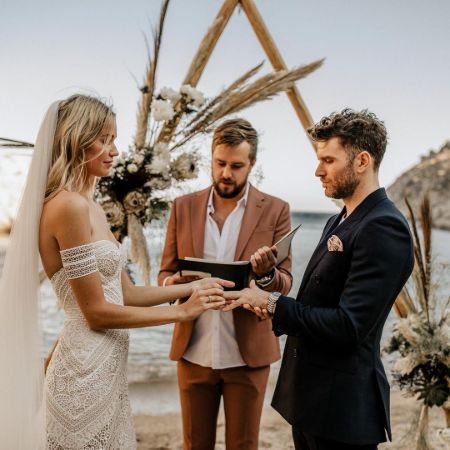 The stand-up comedian and TV series actor then walked down the aisle with his girlfriend turned wife, Hannah Cooper Dommett, on September 9, 2019. Not to mention, the couple were looking fabulous on their wedding day.

The bride looked stunning as she was dressed in a beautiful white gown while her groom Joel boasted his black tuxedo suit. The wedding ceremony was indeed a lavish and historic one which was organized on the beachside of Mykonos, Greece.

Career & Net Worth of Joe Dommett

Joe Dommett is a hardworking, exciting, and funny guy mostly known for his comical timing and hosting skills for television shows in the UK. These days, Joe is busy working with many comedy shows and channels, including The Masked Singer UK where he has been working as a co-ost since 2019.

Many of his fans might also know him as a presenter for I'm a Celebrity: Extra Camp, a celebrity game, and as an integral part of the panelist of Team Nicole Scherzy on Comedy Singing/Music Gameshow "Bring the Noise" which aired on Sky1 and ran for ten episodes. 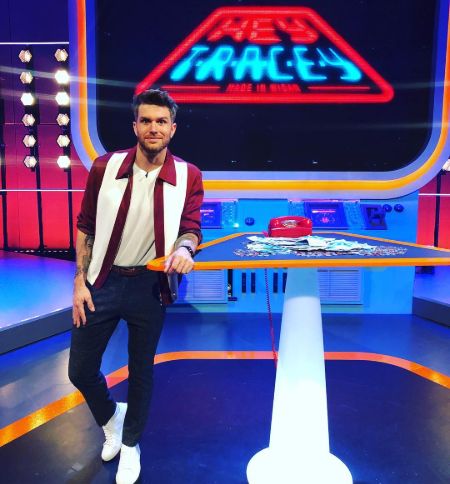 Joe Dommett earned a huge fortune from his thirteen-year-long career in acting, writing, and comedy television shows. Other than this, Joe Dommett is also a brilliant stand-up comedian.

The 35-years-old English comedian does numerous stand-up comedy and sitcom tours, which adds extra income to his staggering wealth and assets. As for his net worth, the number touches somewhere around $2milion-$3million. The number might even rise as Joel is proactive in his game like never before.

Watch the video of Joel Dommett giving a hilarious stand-up comedy performance to the audience of Speakers Corner.

In addition, Hannah Cooper, a model wife of Joe Dommett, brings home almost $70,000 a year from NextModel Agency that she is signed to. Hannah is privileged to be featured on online publishing companies like Ok!, Garzia.

Not to mention, Hannah had advertised for beauty and fashion brands like Boux Avenue, GHD, M&S, and more. The lovely couple resides in a beautiful house they bought in 2019 before their wedding. Thus, Mr. and Mrs. Dommett enjoy a happy life without any difficulties. 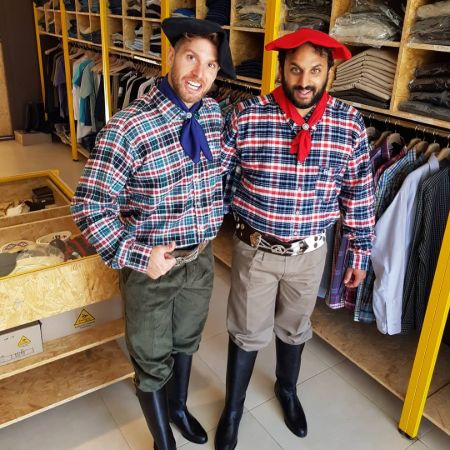