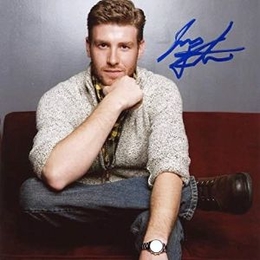 Young Artist Awards nominated actor, Jon Foster is famous for his portrayal of Eddie O'Hare in the movie The Door in the Floor. His other notable on-screen works include The Informers, Brotherhood, Poor Boy, etc. Along with a successful profession, the actor is also living a blissful married life with his beloved wife.

Life as We Know It star, Jon Foster began dating his partner Chelsea Tyler, the daughter of Steven Tyler and Teresa Barrick in 2011. His wife is an American singer, actress as well as a model. The couple met each other through one of their mutual friends, Zoe Kravitz. 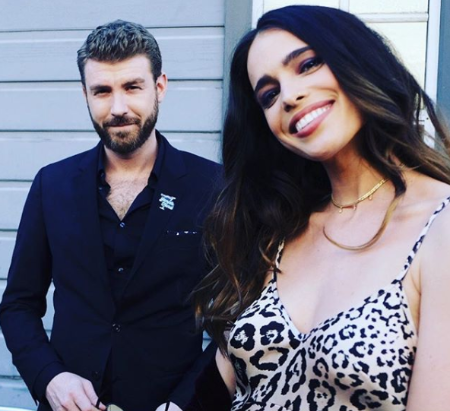 Chelsea and Zoe were friends ever since their childhood, whereas Jon knows her since the age of 16. Kravitz showed a photo of Foster to Tyler when they met at her apartment. Later, the actor moved with Zoe in Brooklyn, and there he met his future wife, Chelsea.

Both of them were passionate about music, but they were working in different fields. At that time, Foster was pursuing his career in acting while Chelsea was doing modeling. Once, he heard Tyler singing on the bathroom and loved her voice and thought, "This would be really cool." 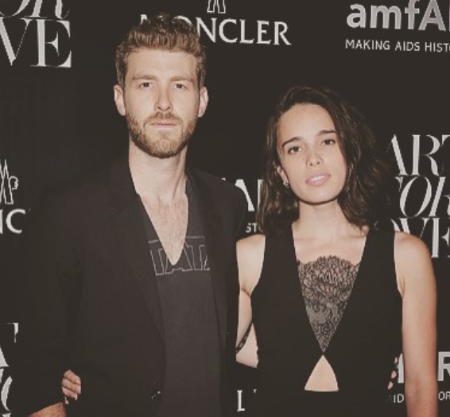 Slowly and steadily, the two began falling for one another. Their passion for music also became one of the reasons for them to get attracted. Further, the duo even formed the electronic-soul band Kaneholler, and they are still active.

Soon, their affair skyrocketed, and they likewise openly began dating. Three years later, in March 2014, the lovebirds engaged, and the news was first announced by Mia Tyler, Chelsea’s elder half-sister. She revealed the news via Twitter by sharing a lovely picture of Foster and Tyler and captioned it as;

“I’m beyond excited and proud to say that these two turkeys are gettin hitched. I love you two to the god damn moon!”

On the photo, the duo was seen donning sunglasses, fake mustaches, and a chicken hat. 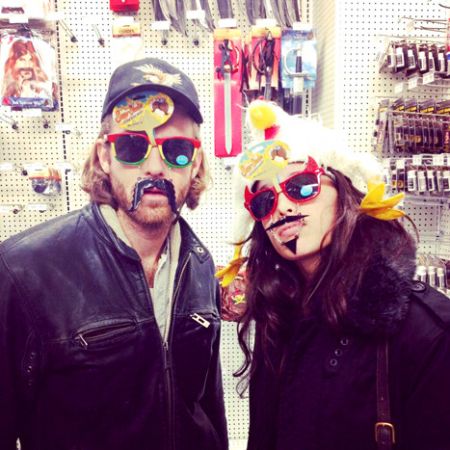 After 14 months of their engagement, Judging Amy star and his fiance tied the knot. They walked down the aisle on 20th June 2015, and their friends and family members were there to witness the wedding. The special day was a family-focused ceremony that took place in Central California.

A week later, their wedlock, Chelsea, shared a lovely photo of their marriage on Instagram. She wrote a beautiful caption as;

"Last week, I got to marry the most wonderful, incredible creature I've ever known. There are no words. I adore you to infinity and beyond @jonfoster." 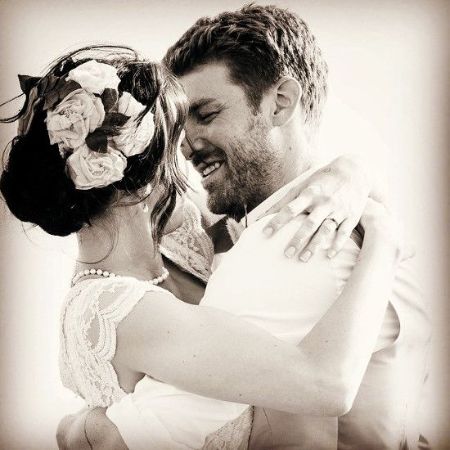 They, moreover, talked about their matrimony in interviews. The husband and wife are enjoying their conjugal life to the fullest without facing any unwanted rumors regarding their divorce and extramarital affairs.

Apart from this, Foster formerly dated an American actress Sophia Bush. They were in a relationship for a year from 2006 - 2007.

Soon To Be Father

Those who follow the beautiful Hollywood couple Jon Foster and Chelsea Tyler on social media must be aware of the fact that the two are about to be parents soon. The celebrity couple announced the news of Chelsea's pregnancy via their respective social account on 17th September 2019. 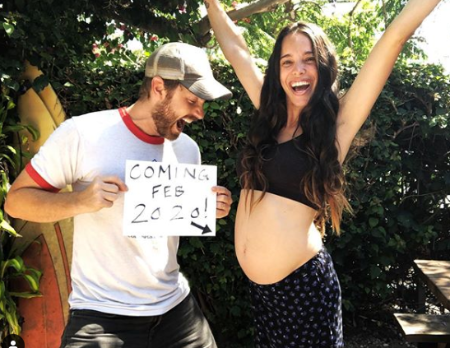 Jon Foster and his wife are expecting a baby SOURCE: Instagram (@jonfoster)

Both of them shared the same photos on their Instagram accounts showing off the babybump. On the caption, soon-to-be mother just kept an emoji of the heart, whereas Foster kept two exclamations '!!' marks. Further, the actor was flaunting a paper, and there was written as Feb 2020.

The pair keeps on updating their fans about their soon-to-born baby via social accounts by sharing lovely snaps with beautiful captions.

Makes Good Income From His Career

Jon Foster began his acting career by working in a local Iowa theatre. Later, he began appearing in big screens after moving to Los Angeles. The actor played in hit movies and TV series like Murder in Greenwich, Terminator 3: Rise of the Machines, Ben and Kate, and so on.

For his portrayals in these projects, he probably received good paycheques. Earning well from his career, Foster maintains a good net worth of around $2 million.