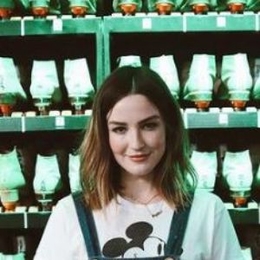 Jonna Walsh is an actress and model known for her brilliant acting in television series. She landed the role of three episodes of No Ordinary Family in 2010 and Teenage Wasteland in 2012.

Jonna Wals is a married woman who tied the knot with her boyfriend-turned-husband of one year, Lee DeWyze, on July 21, 2012. The ceremony took place in Camarillo, Calif, with a selected few friends instead of the stereotypical 24-hour publicity stunt wedding. 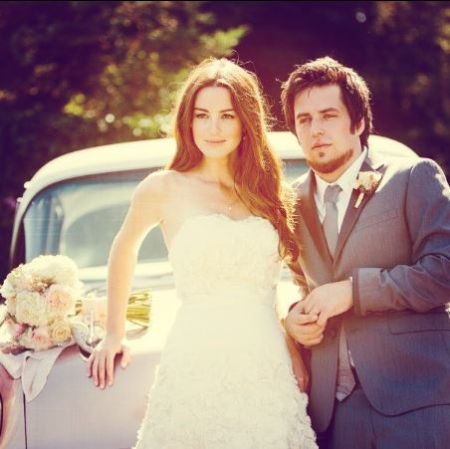 On their big wedding day, the bride donned a strapless lace-embroidered mermaid-shaped gown by Lili Bridal, along with a long veil. DeWyze also looked dapper in a charcoal suit, which he matched with Converse shoes.

"Beautiful wedding, beautiful girl, just beautiful. We're married," the American Idol Winner unveiled the news in a tweet on the very day. Their well-wishers congratulated the pair via the comment section.

Well, Lee proposed to his lady love by getting down on one knee during a visit to Disney World in July 2011. The Code Black actress was engaged to Lee for a year before their private wedding. On July 2021, the Jonna-Lee duo marked their ninth anniversary.

Who Is Lee DeWyze?

The husband of Jonna Walsh is a professional songwriter and singer. Lee had a solo career and released two independent albums, "So I'm Told," in 2007. Both on WuLi Records, he published Slumberland in 2010. His fifth studio album, Frames, was released on August 20, 2013. 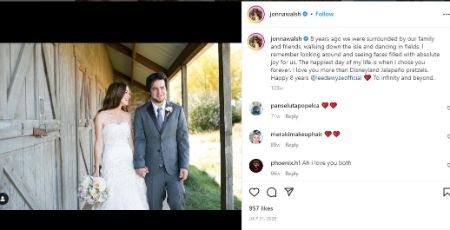 The couple first connected in 2010 while Lee was filming the music video for his single "Sweet Serendipity." In the beginning, the two were just friends. However, they fell for one another, and consequently, the friends became lovers.

It's no secret that Walsh is a fan of Disney and got engaged at Disney World on July 16. Jonna and Lee officially began dating in 2010, and their relationship skyrocketed. Both of them frequently made several public appearances together. 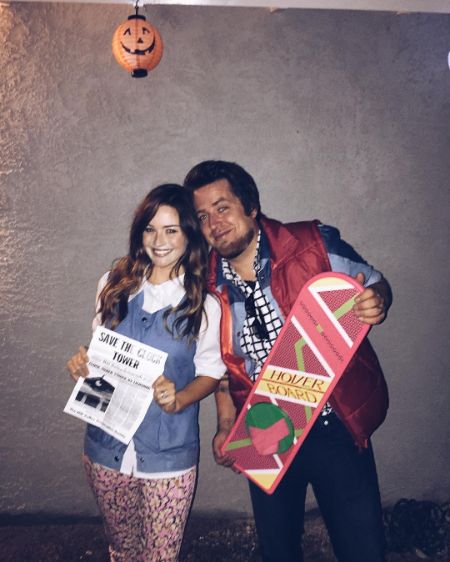 Jonna Walsh and Lee DeWyze at an event. SOURCE: Instagram(@jonnawalsh)

"My husband. My best friend. My biggest cheerleader. The one who ' how can I help you, instead of letting me do it. By far one of the kindest people I've ever met. Thank you for leaping with me through it all, to infinity and beyond. Happy birthday," Jonnah wished on her husband's birthday.

The fun-loving couple has enjoyed their marital relationship since their wedding and hasn't been part of unwanted controversies and rumors. The chemistry between them bonded stronger as they often went on a trip. Together, the two even went to Hollywood Bowl.

The duo reportedly shares no children; this couple is seen sticking around with her friend's children. Be that as it may, the beautiful actress is blissfully married. Neither Jonna-Lee duo is planning to adopt kids. We can expect news of their bundle of joy from them soon!

Jonna Wals debuted in 2004 with a guest appearance in projects like Phil of Nickelodeon's Drake & Josh. The lady started performing at the age of 12. In 2010, the beauty starred in Faster, a minor role alongside Billy Bob Thorton and Dwyane Johnson.

Check out the video of Jonna Walsh's interview.

Since early childhood, Jonna has been fascinated with becoming a model and actress. Further, Wals landed her first role on the TV show, in an episode of Zoey in the freeform sitcom "Baby Daddy."

To add more, Wals was selected as the supporting cast in Strictly Sexual, CSI: New York, and The Fall of Hyperion. She had a role in the critically acclaimed television show "Code Black," which was released in 2016.

What's the Net Worth of Jonna Wals?

Jonna Wals has summoned an estimated net worth of $1 million. But she is yet to reveal the exact figure. She was making a fruitful income from her profession. Her work as a film star brought her a considerable sum of money.

Similarly, Jonna's acting credits in television include A Feeling of Home, Only Mine, Medal of Honor, and The Spruces and the Pines. Her most recent project are Inn for Christmas, Chicago Fire, and A Feeling of Home.

In 2009, Walswas cast as Lacey on the Couple Retreat. The comedy show is about four couples settling into a tropical-island resort for a vacation. Walsh appeared in the HBO series "Silicon Valley." She was part of Netflix's Medal of Honor.

Jonna Wals has a slim hour-shaped body which is measured at 32-25-35 inches. She flaunts alluring icy blue pair of eyes and dark brown hair. She stands at a decent height of 5 feet 5 inches and weighs 55 kg.

Jonna Wals is also an Instagram star. She regularly updates her fans. She has amassed significant online followers of 19 thousand and often uses the sites to interact with her supporters.

Additionally, Jonna doesn't keep her personal and professional lives out of sight. We get to hear most of the details of her herself even though it takes her a week or sometimes to reveal them. The lovebirds started posing for photos and videos of them on their respective social media walls.

Jonna Wals is a married woman who tied the knot with her boyfriend-turned-husband of one year, Lee DeWyze, on July 21, 2012.