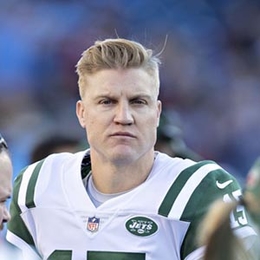 With the career in football, Josh McCown makes a great fortune as an American footballer. Moreover, he played for eight different teams and retired in 2018, but came out of the retirement to sign for 'Philadelphia Eagles', following injuries to a few players.

Josh McCown is happily married to his wife, Natalie McCown. Well, he's quite secretive to provide the details of his wedding, but it's clear that he's already taken.

Josh McCown married his long term girlfriend, Natalie in a private wedding. Moreover, he kept every information about his marriage to himself and rarely dropped any details of it to the media. The couple is however blessed with four children. 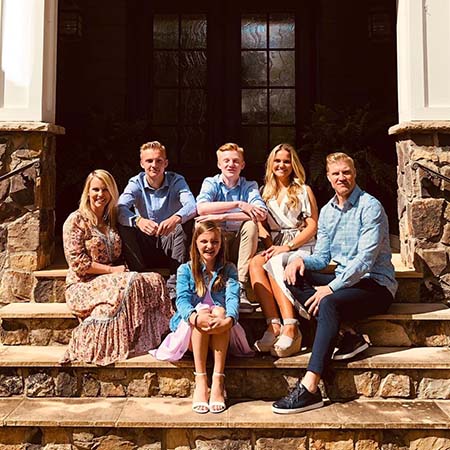 Josh McCown alongside his wife and children.

Josh and Natalie are parents to two sons and two daughters; Aiden McCown, Owen McCown, Bridget McCown, and Aubrey McCown. His son Owen is also a star of his own as he followed along the path of his famous father and became a quarterback. What's more, Josh is the assistant coach at Myers Park High School, the same school where Owen plays.

Furthermore, the family enjoys a brilliant bond for each other and despite his professional schedule, Josh always picks out time to spend with his family.

Josh is quite active on Instagram with around 41,000 followers. He regularly shares posts with his wife, children, and work people. Check out the picture he shared recently, celebrating his daughter, Bridget's 21st birthday!

Wow, Can’t believe 21 is here. It’s an honor and privilege to be your dad. Thoughtful, kind and loving are qualities that always seem to guide you. Proud of who you are and where you are headed. Happy Birthday @bridget_mccown !!! We love you

Bridget turned 21 on August 9 of 2019. The delighted father, Josh shared a series of pictures to cherish the birthday, with some pictures being of her childhood days.

Josh and Natalie have been together for over a few decades now. Moreover, it is known, the couple first met while they were pursuing their education in the university. They fell for each other right away and didn't waste time dating.

The American footballer, Josh managed to keep himself away from any sort of relationship before meeting Natalie. Also, he was never rumored to be having an extramarital affair.

Josh McCown makes a whopping net worth of around $16 million. His hefty net worth is a result of his career as a professional American footballer for over eighteen years. Having played for different clubs with some fancy contract to his pocket, Josh lives a luxurious lifestyle with the earning he makes.

Beginning the professional career with Arizona Cardinals in 2002, he made an immediate impact and stayed with the club till 2005. Following his success, he signed for Detroit Lions on $6 million worth deal for two years.

He couldn't make it to the started line up so he asked to be traded the next year. Similarly, he played for several other teams before retiring in 2018. Just recently on August 17, 2019, he came back from retirement, signing for Philadelphia Eagles.

Have a look at the video, where Eagles' head coach discusses why the team signed Josh after the retirement!

Josh recently signed a $2 million worth contract with Eagles for two years. Prior to that, he had quite a lucrative career earnings year by year. Moreover, he made a total of around $49 million from his contracts with different teams until 2018. New York Jets paid him about $17 million for 2017 and 2018.

With all the money Josh holds, he bought a 5,576-square-foot home, which was listed for sale for just $1.2 million in 2017. The home is quite family-friendly and has a great architectural design. Have a look at the house! 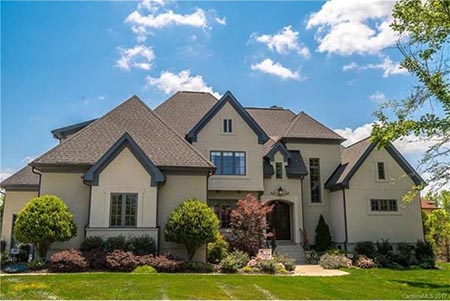 There were no further details about the sale of the house released. Besides, Josh enjoys a luxurious life, living it to the fullest, with all the earnings he makes. 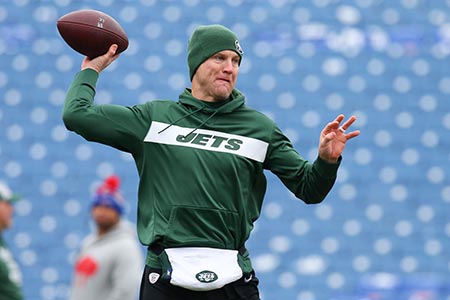 Josh McCown married his girlfriend turned wife, Natalie McCown and kept every detail of his marriage to himself.

Josh McCown and his wife, Natalie McCown gave birth to their son Aiden McCown. They kept the birth details to themselves.

Bridget McCown was born on August 9, 1998, to her parents; an American footballer Josh McCown and Natalie McCown.