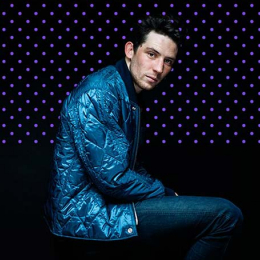 Famously Known, Josh O'Connor is an English actor who is popular for portraying the role of Johnny Saxby in the 2017 film God's Own Country. He is an award-winning actor who is also recognized for working in the Netflix series named The Crown. The 28-years-old actor won the British Independent Film Award for Best Actor in 2018.

Personal Life of Josh O'Connor; Is he Dating Someone?

Josh O'Connor is possibly out of any relationships. He is a private guy and prefers to keep information regarding his dating life within himself. Moreover, he is never spotted with any girl outside of the reel life.

O'Connor is out of any rumors and controversies regarding his personal life and professional life. The well-known actor seems career oriented and focused on his acting life. Additionally, he is an active person on social media and uses modern means of communications like Instagram and Twitter.

What is the Net Worth of Josh O'Connor?

Josh started his acting career on the television screen by working in the 2012 British television detective drama series named Lewis with the role name of Charlie Stephenson. After that, he grabbed the attention of many producers and directors and the doors of opportunities were opened for him. In fact, he worked in many television like Doctor Who, Law & Order: UK, Ripper Street, Father Brown and many more.

The 28-years-old actor made his acting debut by starring in the 2012 thriller film named The Eschatrilogy: Book of the Dead with a role of zombie. Furthermore, until now he worked in over fifteen films including some big blockbusters like Cinderella, The Program, God's Own Country, Hide and Seek and many more. Among other movies, Cinderella was praised and loved many many fans around the globe and it ended up collecting over $543.5 million on the box office against the budget of $95-$100 million.

On the other hand, the Law & Order: UK actor is also an active Netflix actor. And currently, he is working in the 2019-20 Netflix series named The Crown. Further, he is starring along with famous Hollywood celebrities like Matt Smith, Greg Wise, Claire Foy, Matthew Goode and many more.