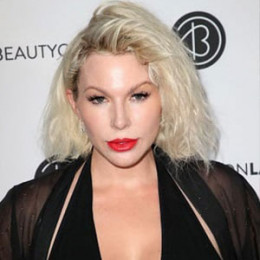 Joyce Bonelli is one of the most talented and well known make up artists in the world. She rose to fame as the personal make up artist of the Kardashian and Jenner family. Furthermore, she even worked for numerous celebrities such as Nicki Minaj, Demi Lovato, Holly Madison, Lindsay Lohan, and others.

Joyce Bonelli is in a marital tie with her husband Ben Travertine. The couple first met at Kim Kardashian and Kanye West's European wedding back in May 2014.

Following the meeting, the pair started seeing each other more often and subsequently fell in love. The lovely walked down the aisle on August 26, 2018. 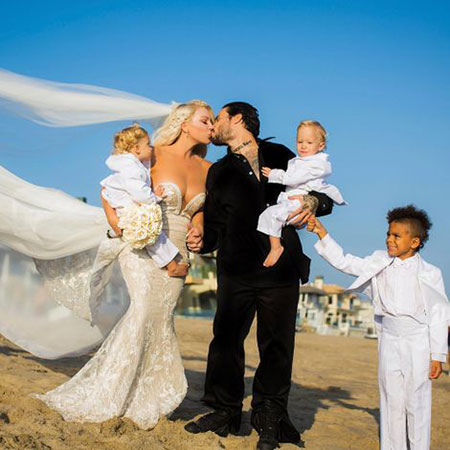 Joyce Bonelli with her husband Ben and children

But before her marriage, the beautiful lady already shares two children with Ben. The couple welcomed their twin baby sons Raz Bonelli and Kal-El Bonelli who were born in 2016. Furthermore, Joyce also has an older son Zeplin Bonelli (Born in 2012) from her previous affair.

The star beautician is extremely popular on social media platforms. She uses Instagram, Twitter, and Facebook where she boasts 1.9 million followers, 216K followers, and more than 31K followers respectively. Likewise, she posts pictures and videos of herself with her children, spouse, friends, and also her works on her social media.

How Much is Joyce Bonelli's Net Worth?

Joye Bonelli owns an estimated net worth of around $2 million. She made her wealth from her extremely successful career as a makeup artist.

According to the BLS, the average salary of the makeup artists in the United States is $60,970 with the experienced artists even earning up to $124,960. In 2016, She received an annual paycheck of $1 million for her works from the Kardashian family.

The veteran artist possesses a huge fan following on her Instagram. She earns an estimated $3,912.75 - $6,521.25 per promotional post from her Instagram. Having earned a hefty amount and made a name for herself, no doubt she lives a luxurious and comfortable lifestyle.

Nothing in details about her parents is yet known apart from that her father was a painter. While her mother and father divorced when she was still young. Moreover, she also has a younger brother who is an engineer. 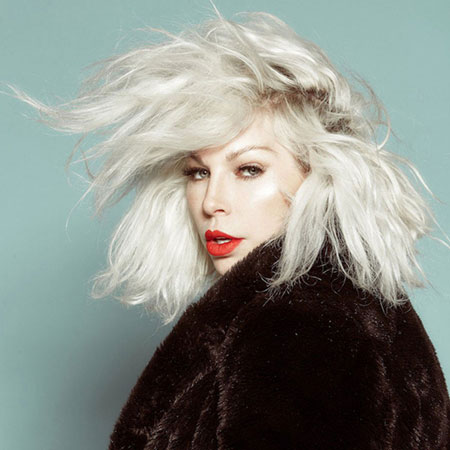 Joyce Bonelli posing for the camera
SOURCE: The Cut

At 16, she underwent her first esthetician course. Later, Joyce studied special effects and animatronics at the Make-Up Designory School in Burbank, Los Angeles, California. Bonelli got her breakthrough after she worked on the Pamela Anderson's Playboy shoot in 2006.

Joyce Bonelli is in a marital tie with her husband Ben Travertine. The couple first met at Kim Kardashian and Kanye West's European wedding back in May 2014. Subsequently, The lovely walked down the aisle on August 26, 2018.

Zeplin Bonelli is the first child of the famous makeup artist Joyce Bonelli. He was Born in 2012.

Raz Bonelli is the son of Joyce Bonelli and Ben Travertine. He was born in 2016

Kal-El Bonelli is the son of Joyce Bonelli and Ben Travertine. He was born in 2016.