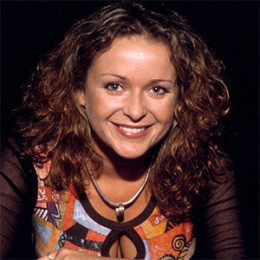 Famous as an English actress, Julia is of English nationality and Anglo-Jordanian ethnicity. Her parents were of mixed nationality. Her father Nadim Sawalha is an actor from Jordan whereas her mother Roberta Lane is of British origin. Julia was named after her grandmother who was an award winning businesswoman from Jordan. She formally started her career by working in the 1982 BBC miniseries "Fame Is the Spur" and played a small role in "Inspector Morse" later. Her famous works include her appearance as Lynda Day in "Press Gang", Saffy in "Absolutely Fabulous" and Lydia Bennett in "Pride and Prejudice".

Julia Sawalha was born on  9 September 1968 in Lambeth, London, England. She is the daughter of  Roberta Lane and actor Nadim Sawalha.

Julia Sawalha made her TV debut in 1982 in  BBC miniseries Fame Is the Spur. She got her major breakthrough in the Bafta award-winning ITV teenage comedy-drama Press Gang.

Some of her popular screen credit includes Second Thoughts, Faith in the Future, Absolutely Fabulous and others.

Julia Sawalha is possibly single at the moment. But previously, she linked up with several men from Hollywood. While working in Press Gang, she dated Dexter Fletcher.

In 2004, Sawalha rumored to marry her boyfriend Alan Davies, her co-star in the television series Jonathan Creek. But both of them denied the marriage rumors and took legal action against the reports. Later, she has an affair with Luke Hollingworth who is 17 years younger than her.