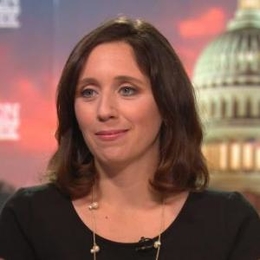 American Journalist Julie Pace is a prime example of someone who worked toward their goal and achieving them. The New York native always wanted to be a reporter and began hustling for it from a young age. At present, she has not only established herself as a reputable news presenter but is also heading a bureau and is a hundred staff.

Life becomes beautiful when someone finds a partner who shares the same motto. Julie Pace is one of those lucky people.

Pace clearly stated out her ambitions to her future husband, Michael Ferenczy, at the beginning of their relationship. The Buffalo-born and raised expressed that she wants a adventurous life and never will live a boring, normal-ish life.

Much to her amusement, her then-boyfriend now spouse also felt the same. Thus, Julie entered into a lifelong commitment with Ferenczy. 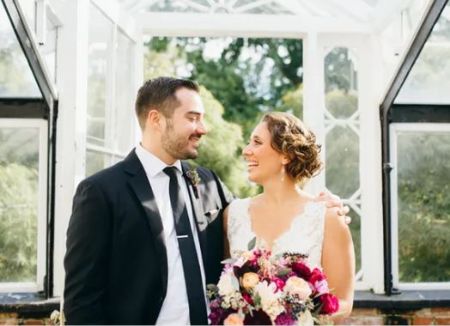 Julie Pace tied the knot to Michael Ferenczy in a Fall wedding.

Julie tied the knot with Michael in October 2014 at Oatlands Plantation in Leesburg, Virginia. The theme of the wedding was Rustic; thus, the venue was decorated with a vibrant color palette of orange, purple and pink, textured florals, and fun seasonal touches like gilded pumpkin place cards.

For the big day, the bride chose a deep neck white lace dress and drop earrings. Meanwhile, the groom opted for a traditional black tuxedo. 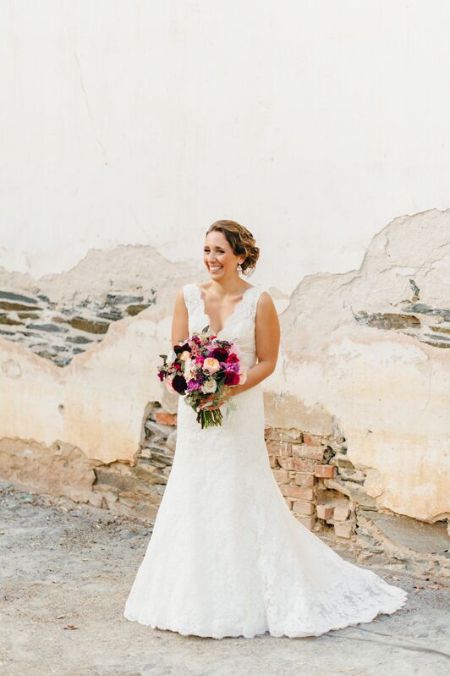 Julie Pace was looking beautiful in her wedding dress. SOURCE: The Knot

The wedding ceremony was conducted according to Jewish traditions and rituals such as joint breaking of the glass was performed. Also, the couple asked their close friend Erik Moskowitz to officiate.

After the vows exchanging was over, the newlyweds moved to the reception tent and enjoyed dinner and dancing. It was a fun-filled night that was memorable to both hosts and guests.

Five years have passed since their matrimony. Till now, the pair is able to avoid any scandal and live a pretty healthy life in Washington D.C.

Pace and her spouse welcomed their son Will Ferenczy in April 2018. The young mother did not let motherhood affect her career. She was working all through her pregnancy and only took three months of maternity leave. 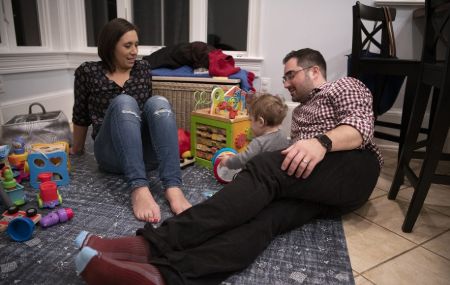 Julie Pace with her husband and son. SOURCE: The Buffalo News

Will is currently one year and eight months old, but his face is not yet revealed to the world. It looks like fans have to wait a long time to see Julie's bundle of joy. 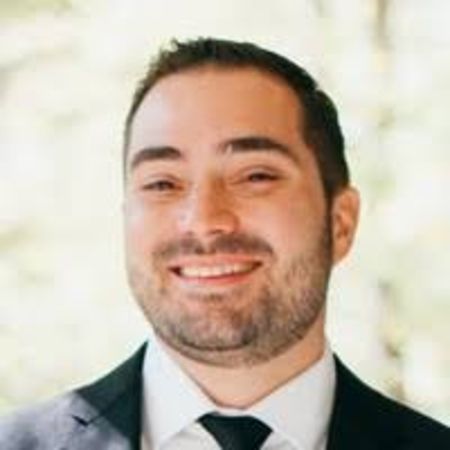 The 40-year-old gained his Ph.D. in Molecular Virology and Microbiology from the University of Pittsburgh School of Medicine in 2010. After that, he worked as a Post Doctoral Scientist at National Institute of Neurological Disorders and Stroke; National Institutes of Health for five years. Later he joined McKinsey & Company as Senior Engagement Manager.

At present, The Tufts University alum is Senior Director at GSK Beyond Technology. In this position, he is responsible for strategic planning, business development, operations, change management, and digital technology.

Julie Pace holds an overall net-worth of $800,000. She earned this wealth from fifteen years in Journalism.

Pace started her professional journalism career in the US from The Tampa Tribune as a multimedia reporter. She worked there for three years before landing a job at The Associated Press (AP).

Northwestern University graduate first joined AP as a White House reporter in 2007. In that position, she covered the presidential campaign between Barack Obama and late John McCain. Furthermore, she started covering the White House in 2009 after Obama took office. Josh Earnest, Obama Press Secretary from 2014-2017, talked very fondly of her and praised her passion for hustle.

It seems like Pace's employer also appreciated her work ethics and hard work. By 2013 she was promoted to the Chief White House Correspondent. More to that, Just in a decade of joining AP, she was named Washinton Bureau Chief. She is still in that position and leads 100 journalists and staff. In addition to that, she also is a host of the AP's political podcast "Ground Game." 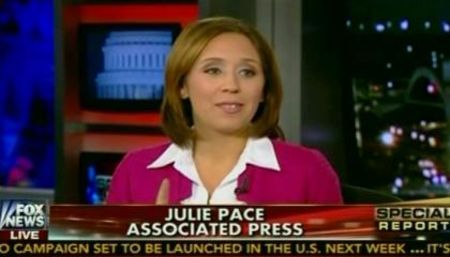 Julie is also a CNN political analyst and often appears in the show "Inside Politics" that is anchored by John King. She previously was a frequent panelist on Fox News Sunday.

Michael Ferenczy is a scientist that works for a biopharma company. He and Julie are happily married for five years.

Will Ferenczy is the only child of Julie Pace and Michael Ferenczy. His face is yet to reveal to the public.