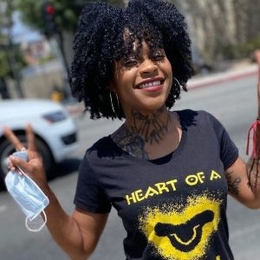 Samantha Diaz, whose stage name Just Sam has recently won the American Idol season 18 amid the coronavirus Pandemic under the lockdown in Los Angeles. More significantly, she made her dreams come true, considering her journey from the subway to stardom and still more to go.

Samantha Daiz (professionally named Just Sam) is currently single. Although Sam shares much personal stuff on her Instagram, she has not posted anything related to her love life. We are clear that the 21-year-old singer is a part of the LGBT community observing on her Insta Bio. 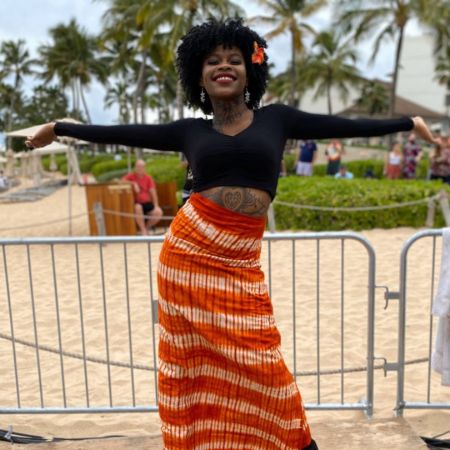 We do hope; the American Idol soon finds her lover as of her choice. Most probably, she is focusing more on her professional career and assumes it's not the perfect age to have any love commitments. Apart from this, she is quite close to her grandmother.

Just Sam Had a Tough Upbringing, Her Mother was Jailed and Her Foster Parents

The 5 feet 7 inches tall considers her Liberian grandmother, Elizabeth, as her mother. To tell you the truth, Elizabeth was the one to adopt her from foster care, when Sam was six years old. Also, she raised Sam since her mother was imprisoned. 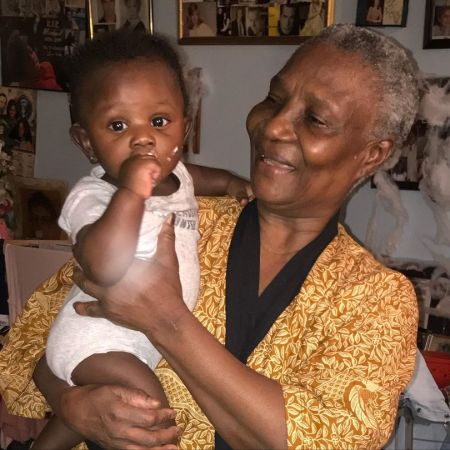 Recently, Daiz has wished her granny a happy mother's day. In the post, the singer considered her grandmother as her Queen with a childhood picture of her. Moreover, it is reported that she has an intricate relationship with her mother.

Journey From The Subway To Stardom (The 18th American Idol)

American Idol season 18 winner started singing as her hubby. Soon, her passion turned into her main career. Believe it or not, she used to sing in the subways before she auditioned in the Eighteenth American Idol. However, Sam covered all her expenses through the subway tips. She also sings in Harlem with The Rock Church and attends service every Sunday morning. 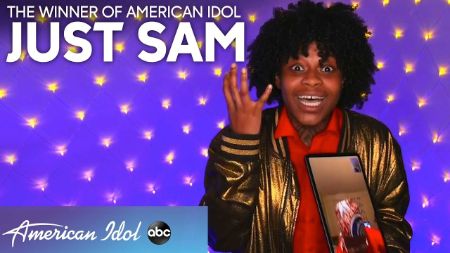 In early 2020, 21 years old auditioned for the American Idol and before down in tears after getting selected with her fabulous performance of Andra Day's Rise Up. Similarly, in each episode, she rocked the stage by the stirring performance. Likewise, she won the hearts of the lots and lots of audiences around the globe.

Just Sam faced stiff competition in the final with Arthur Gunn (originally named Dibesh Pokharel), a Nepalese-American singer whose gritty rock vocals made him a favorite to win. However, Sam's influential cover version of powerful (What Doesn't Kill You), by Kelly Clarkson, the first-ever Idol winner, and an emotional reprise from Day's Rise Up, garnered her the majority vote. Finally, she was rewarded the crowned at the time being alone in Quarantine due to the COVID-19.

'Just Sam' a Stage Name After Being Bullied On her Appearance

The singer told in a episode that she used to be bullied on her appearance at high school. She further explained that her colleagues didn't know in which category to put her in based on sexual orientation.

According to BBC, She shared,

I wasn't a girl, not a boy, but both. And I'm like, 'Just Sam - it sounds perfect. I think I'm going to use that as my stage name forever.'

2020 American Idol, Samantha Diaz has made massive fame as well as a fortune within some months. As a matter of fact, she received $125,000 as prize money after winning the show. Besides, the singer received an additional $125,000 as contract money for an album making a total of $2,50,000 net worth from the musical show. 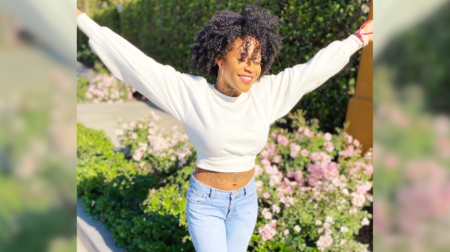 Furthermore, her cover 'Rise Up' is reported to be released as her first solo on this Monday. Moreover, she joined the chorus, along with an all-star party of Idol alumni like Jordin Sparks, Fantasia, Katharine McPhee, Ruben Studdard, and Scotty McCreery-whose faces were projected digitally onto some of America's most famous landmarks. So, the Rise Up artist has an estimated net worth of $500,000 as of May 2020.

For more new Wikis, Gossips, and the latest Scandals, stay connected with us at marriedwiki.com.