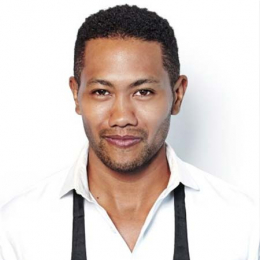 American actor, Justin Chu Cary is widely known for starring in the 2019 Netflix series named Black Summer. He is also famous for appearing in the films and television series like  Colony, NCIS, Ringer, and Blindspotting.

Justin Chu Cary, 36, is currently married to a mysterious girl. Justin knows the way to separate his personal life from professional life very well as he never shares anything about personal life and his partner. Like most loving and protective husband, he prefers to keep privacy about his wife.

Justin is currently out of any rumors about extra-marital affairs, divorce, and media controversies. Moreover, he is focused on his career and is living with the love of his life in a healthy marital relationship.

What is the Net Worth of Justin Chu Cary? Know about his Earnings, Salary

Justin made television screen debut appearing in 2009 American television horror series named Lost Tapes. Since then, he worked in numerous television series like Love That Girl!, Ringer, NCIS, Colony and many more.

Besides, he recently starred in the 2019 American web TV drama series named Black Summer. Until now, he worked with many television stars like Mark Harmon, Sasha Alexander, and Pauley Perrette.

As for his film career, he started with the 2008 short film named The Other Way Round as Ben. After that, he worked in various movies like Midnight Ride, and Naomi. More to that, his most recent movie named Blindspotting was a blockbuster and gathered over $4.9 million on the box office against the budget of $1.2 million.