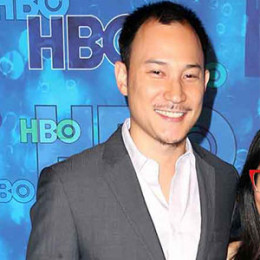 American born businessman Justin Hakuta is one of the accomplished and well-known men in the related industry but he came to prominence as the husband of American actress Ali Wong. Besides, the young businessman worked as the product strategist for the DIRECTV and Cargomatic. Currently, he works as the Vice President of Product at the GoodRx.

Justin Hakuta is in a matrimonial tie with Ali Wong. Ali is an American actress, stand-up comedian, and a writer.

The two first met at a wedding function of a mutual friend in 2010. Following the meeting, the couple became very close, began dating and eventually fell in love. 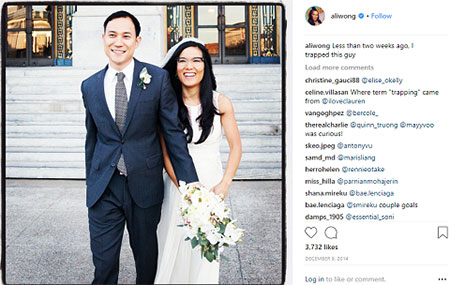 After dating for four years, the duo tied the knot on November 27, 2014. The lovely couple shares two beautiful children. They welcomed their first daughter Mari Hakuta in November 2015 and another daughter in December 2017.

Justin lives a happy and contented life with his spouse and kids. We can assuredly tell that he is a responsible father and a caring husband who fulfills his family duty wholeheartedly. Likewise, he spends time with his friends, families, and travel to various places.

How Much is Justin Hakuta's Net Worth?

Justin Hakuta has an estimated net worth of at least $2 million. He made his wealth out of his successful career as an entrepreneur.

Hey is that my husband or is that a Filipino-Japanese LL Cool J? Who cares! He’s a sexy ass man that drives a mini van and eats Durian and appreciates Killing Eve just as much as I do!!!!!

His father Ken Hakuta is a renowned American inventor and television personality. Moreover, he is the creator of the insanely famous 1980s toy Wacky Wall Walker.

The toy went on to sell over 240 million units and which helped him to net about $80 million. Now that's one heck of an invention.

In addition, his celebrity wife Ali Wongs's net worth is said to be about $2 million as well. He also founded philanthropic organizations like All Day Buffet and The Human Trafficking Project.

Justin Hakuta was born on October 18, 1982, in the United States of America. He is the son of Ken Hakuta also known as Dr. Fad (The Dr. Fad Show) and mother Marilou Cantiller. Likewise, his father is half Japanese and mother is half Filipino.

The businessman holds American nationality and belongs to a Mixed ethnicity. He grew up with his two brothers Kenzo Hakuta and Aki Hakuta. 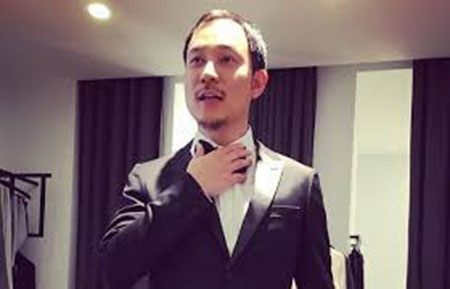 Justin was an extraordinary student since his young age. In terms of academics qualification goes, he has a very long list in it. He studied at the Sidwell Friends School, where very few people are selected depending on their merit.

Later, he went on to attend Carnegie Mellon University situated in Pittsburgh, Pennsylvania. He received his B.S. degree in Decision Science from there.

He spent a year at ITESM where he studied cognitive science, economics, and Mexican history at ITESM. Following that, he resumed his education and obtained an MBA degree and later completed a course at Harvard Business School in 2011.

Hakuta started his professional career as a sales and marketing associate at Honest Tea in Bethesda, Maryland, in August 2004. As of 2019, he is 36 years old.

Justin Hakuta is a matrimonial tie with Ali Wong. Ali is an Americana actress, stand-up comedian, and a writer. After dating for four years, the duo tied the knot on November 27, 2014.

Mari Hakuta is the first daughter of Justin Hakuta and Ali Wong. She was born in November 2015.

Other than Mari, Ali Wong and Justin Hakuta also share another daughter which they welcomed in December 2017.