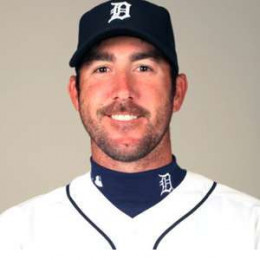 Justin Brooks Verlander is an American professional baseball pitcher. He was born to parents Richard and Kathy Verlander. At the age of thirteen, Justin went to the Richmond baseball academy and his professional career began when the Detroit Tigers selected him as a second overall in 2004. Justin ended the 2005 season pitching for the Erie sea wolves, the Affiliate of the Detroit tigers. He is considered the best pitcher in Richmond.

In 2006, Justin Verlander became the first rookie pitcher and the fifth starter in the Detroit Tigers to win ten games before the end of June. He was able to set the new career high as he pitched a no-hitter at Comerica Park against the Milwaukee Brewers for the first time. Justin dated supermodel Kate Upton and they got engaged. The couple got married in November 2017 and welcomed their first child on 7 November 2018.