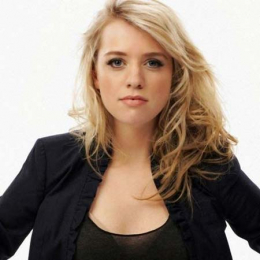 Alexz Johnson is an award-winning Canadian singer-songwriter, actor, and record producer who is known for albums like Voodoo, The Basement Recordings and Skipping stone. She is also popular for working in the films and television series like Final Destination 3, Scooby-Doo 2: Monsters Unleashed, So Weird, Cold Squad and many more. She won the Gemini Awards(2008), Storyhive Awards(2016), and Best Shorts Competition(2016).

Alexz Johnson's Personal Life; Is she Married? Know about her Husband

Alexz Johnson tied the knot to her long-time boyfriend, Matt in November of 2017 after dating for several years. The marriage was held in Scotland where the duo tied the knot among their close friends and family in a private ceremony. Further, the ceremony was well-coordinated and Alexz even invited one of the local band named A Ceilidh Band For Such A Time As This for a gig performance by posting on the band's Facebook page.

The duo shares a solid bond and is together for over a couple of years. Moreover, this coming November of 2019 they are about to celebrate their two years of a marital relationship. 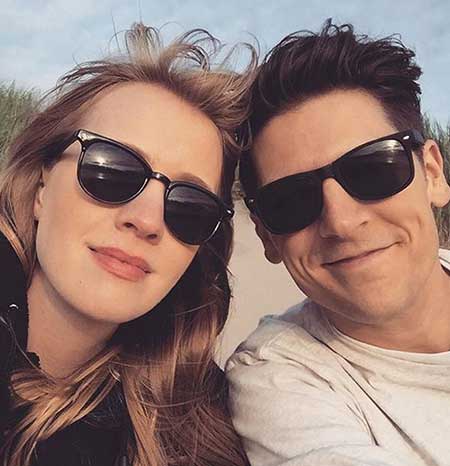 Singer-songwriter and actress Alexz Johnson and her spouse Matt.

Alexz knows how to separate her personal life from professional life as she shares very less about her husband and husband's identity. More to that, she is out of any dating rumors and media controversies regarding her personal life. Additionally, she is an active person on social media and often shares posts from time to time.

What is the Net Worth of Alexz Johnson? Know about her Salary, Earnings, Career

Johnson started her acting career at the early age of 11, she went to an acting agency and told them that she wanted to sing. After that, she auditioned for many commercials and a television pilot entitled "Most Talented Kids". Since then, she worked in numerous television series like So Weird, The Collector, Instant Star, Cold Squad, Blue and many more.

The outpouring of honesty and emotion since releasing Weight has been an incredible thing to witness. Thank you for sharing the details of how it makes you feel. Music is so important that way - it connects us all. I’m so lucky to have an audience like you to share it with. Feature with @atwoodmagazine out now (link in bio). More to come. x Photo @jensquiresphotographer Wardrobe @thecuratedtribe

As for her film career, she debuted in films with her appearance in the 2004 movie named Scooby-Doo 2: Monsters Unleased. Further, some of her film works include Final Destination 3, The Wasting, and House of Bodies. Besides, some of her blockbuster movies are,

Take a look at the interview with Alexz Johnson on YouTube!

Alexz Johnson is currently married to her long-time boyfriend Matt. The duo shares a solid bond and is together for over a couple of years.