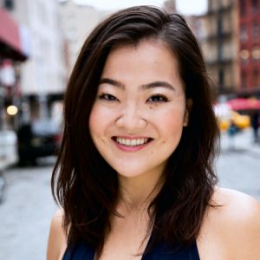 The creator of the award-winning short movie, Okaasan, Kana Hatakeyama is a Japanes-American actress, producer, director as well as a writer.  Hatakeyama who came to limelight after her short movie went viral is not playing in the Netflix's Orange Is the New Black series and getting positives responses for her appearances and acting.

Kana Hatakeyama is not dating anyone currently. As of now, she is focusing on her career rather than involving in any kind of serious relationship, so, she is possibly single as of now. 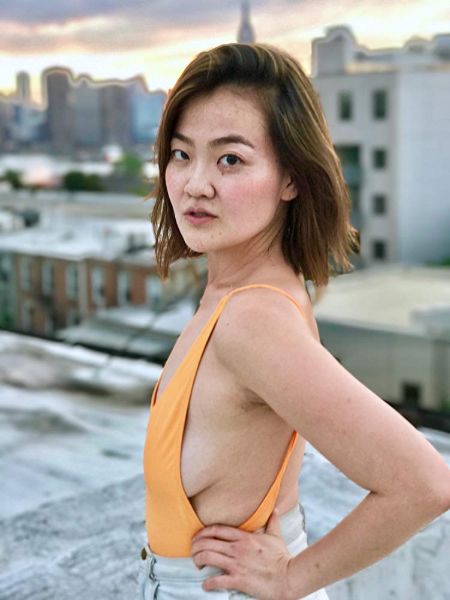 Previously, in an interview with the Sunshine magazine, the actress disclosed she is yet to find her Mr. perfect. Consequently, Hatakeyama is currently living a solitary life.

Hatakeyama is uptight regarding her personal life, she doesn't like speaking much about herself in the media. Following her social life, she has not revealed any details that associate her in any kind of serious relationship.

THATS A WRAP!!!!!! 🎥🎉 . . Monday night we wrapped filming for “FITNESS! or a story about SWEAT.” I’m so incredibly thrilled with all the footage we got, and can’t wait to be able to share it with all of you. A big shout-out and THANK YOU to the amazing crew who made it all possible— @federica_nanfeng @ash.knowlton @samuraette @sol_rhi @whattimeisitthere @jsphsb @wilstuf #vincewarne @melaniest.clair @zanin_lindsay #robertoscaravilli @mchipss23 @j_hart_man @dominiricanmarie @ricardolsrose @adventurewecan!!! . . Also THANK YOU to everyone who’s contributed to the indiegogo campaign thus far. I decided to do this wild thing of crowdfunding at the same time as making the thing bc with schedules of crew & locations and certain festival deadlines, filming had to happen this past weekend. I feel really passionately about and believe in this project, so decided to go for it. We still have $6000 to go, and we really need your help. There is no contribution too small, and we’d also be very grateful if you could spread the word link to the campaign in bio! . . Here I am with my wonderful co-star @lennydthomas who absolutely SLAYS in the film. Also a shout-out to @tvo_this @victorjoel33 @sunnynights212 @vinkridakorn @dominiricanmarie @ricardolsrose for their killer cameos . . #femalefilmmaker #indiefilmmaker #wocdirectors #wocinfilm #diversityinfilm #indiefilmmaking #crowdfunding #sweatyfitnessmovie

Born in Japan, Hatakeyama later moved to the USA in order to pursue her dreams. She currently lives in New York. The actress is a Japanese native and can speak English, French, Spanish fluently.

The 26-years-old also has special skill and interest in boxing, piano, swimming, cycling, salsa dancing. She frequently keeps herself busy with her hobbies during her free time.

Kana Hatakeyama possesses a net worth of $500 thousand from her career as an actress, director. She featured in a number of movies and TV series and varied roles which helped her in earning pleasing prosperity as well as fame.

Don't Miss: What Is Kylie Rae Hall Net Worth?

An actress in the USA makes an average income of $60 thousand to $100 thousand annually so does the actress Hatakeyama. She is famous for her roles in Netflix's Orange Is the New Black, Maki, Split, Caucasian, Dichos, Unbreakable Kimmy Schmidt to name few.

Hatakeyama, 26 is producer, director as well as writer of the award-winning short movie, Okaasan(Mom). She also created a couple of other short movies and managed to earn a decent income from her career.