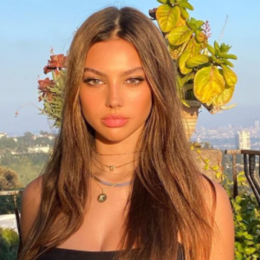 Katarina Demetriades is a TikTok star and actress famous for dating Without You singer, The Kid LAROI. More than that, fans are curious to know about Katarina's love life, lifestyle, and boyfriend news.

Katarina Demetriades, a 17-year-old TikTok star, is dating singer The Kid Laroi. They sparked romance a year ago. In addition, speculation regarding their engagement has also swirled in recent days. The rapper and his TikToker girlfriend also seem to drop hints now and then on social media. 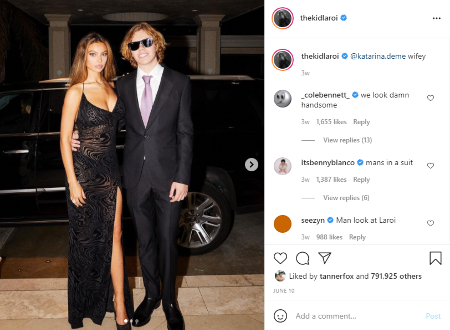 In May 2021, Demetriades posted a series of pictures on her Instagram. Then the Let Her Go hitmaker replied to the post with a ring and a heart emoji. However, this is not the first time Kid Laroi left a romantic comment on his girlfriend's post. Likewise, back in January, the singer uploaded a picture that flaunted their amazing chemistry.

Most notably, The Kid Laroi also referred to his girlfriend as "wifey" on his Instagram. The pair, however, has not yet confirmed if the two had really been engaged or tied the knot.

How did Katarina Demetriades meet her Boyfriend?

Katarina Demetriades met the true love of her life, The Kid Laroi, through a mutual friend when he had arrived in Los Angeles from Australia. It was also the time when Laroi had recently dropped his first mixtape. Ironically, the record quite expressed anti-feelings on love.

Laroi indeed confessed he wasn't in the mood for love. However, he categorized his experience as something one could not control. And, a few days later, Laroi revealed his relationship on the Zach Sang Show.

To be more precise, Kid Laroi had bad experiences with love and girls in the past that changed his perception of relationships. Laroi never thought a relationship for him would work out. But as he met the beautiful Katarina Demetriades, everything changed.

Katerina Demetriades has summoned a net worth of around $800 thousand from her career as a TikTok star. She launched her TikTok account in November 2019. In April 2020, Kat posted a TikTok set to the Mae Muller song "Therapist."

Apart from that, Demetriades generated few amounts from starring on an episode of Will & Grace. Not to mention, his online presence has earned her over 800,000 followers on her katerinademe TikTok account. 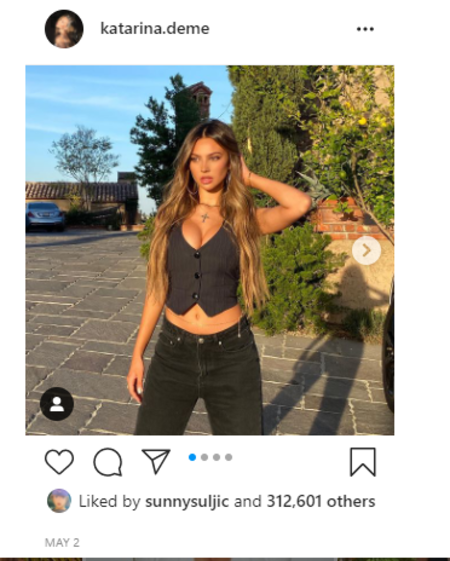 And, while Katarina is new to Hollywood, her boyfriend Kid Laroi has already lived in the hearts of millions. Laroi has released a music album and collaborated with Lil Tjay, Machine Gun Kelly, Marshmello, Justin Bieber, Miley Cyrus, and Juice World.