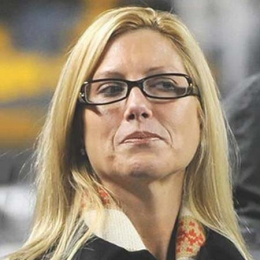 Kathryn Adams Limbaugh rose to fame after she married her celebrity husband Rush Limbaugh. Kathryn is the fourth wife of Rush with whom he tied the knot in a grand wedding. Despite the wedding, they came to highlight in 2017 after Kathryn was accused to be cheating on Rush with young guys and even with a married man.

How Is Kathryn Adams Limbaugh's Married Life With Husband Rush Limbaugh Going On? Do They Share Any Children?

Kathryn Adams Limbaugh is married to her boyfriend turned husband Rush Limbaugh as his fourth wife. The pair tied the knot on 5th June 2010 at the Breakers Hotel in Palm Beach. On their wedding, British Entertainer Sir, Elton John gave the special performance. Similarly, entertained the guests for a $1 million fee.

Check out some of the pictures of their wedding:

Soon after their marriage, the pair went to Mexico for their honeymoon. They travel via Rush's $54 million Gulfstream private jet.

Well, the now husband-wife couple met for the first time in 2004 at a celebrity golf tournament. Soon after their first met, they started dating and after some months, Rush proposed her with a giant diamond engagement ring.

Did Kathryn Adams Limbaugh Cheat On Her Spouse Rush Limbaugh? Is There Any Signs Of Divorce?

When everything was going smoothly, Kathryn was accused of cheating on her husband in 2017. As per their family sources, she has been cheating on Rush with young guys and even with a married man. 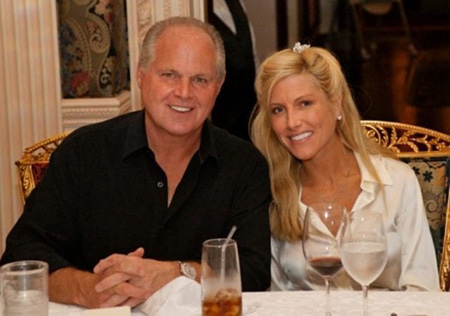 Later Rush came to know that his wife used to use his private jets to meet with other men so, he banned Kathryn from using his jets. After such an incident, the couple started living separately. Moreover, Kathryn started living with her mom and Rush in his mansion in Palm Beach.

But, the pair is yet to get a divorce. But it came out that they were planning for their $470 million divorces. The story does not end here, to know more, Rush hired a private detective to spy on his spouse.

When it comes to Kathryn, she might date some guys in her past but has kept to herself. But when it comes to her husband, he was married thrice before marrying Kathryn.

American talk show host married his first wife Roxy Maxine McNeely from 1977 to 1980, second Michelle Sixta from 1983 to 1990, and third Marta Fitzgerald from 1994 to 2004. Despite, Rush is married for the fourth time, but has no children yet.

Kathryn Adams Limbaugh's career and net worth are far from the media radar. But when it comes to her husband, he has the net worth of around $590 million. The star makes an annual salary of around $85 million thanks to his show hosting and commentating career.

Rush, furthermore, owns a grand mansion in Palm Beach Florida where he currently lives alone after the cheating scandal. He has a collection of cars and a private jet.

Apart from these, Adams' partner is also involved in several charity works. As per Leukemia and Lymphoma Society annual reports, he donated around $100 Thousand and around $500 Thousand.