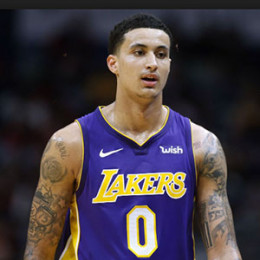 One of the rising superstars in the basketball world Kyle Kuzma will surely impress anyone who watches him playing. The young power forward just made his NBA debut just two years ago has already made a name for himself. Presently, he plays for the Los Angeles Lakers alongside some big names in the sports entertainment.

Kyle Kuzma's Personal Life: Does he have a Girlfriend or Single?

Kyle Kuzuma is currently in a relationship with fitness model Katya Elise Henry. His girlfriend, Katya is a fitness model and an Instagram star.

The duo is dating since the late 2018 and believed to be still together. Though they have not shared any photos together. 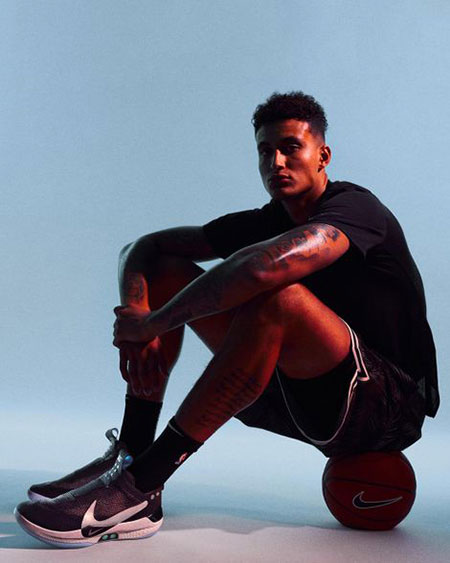 The young star seems to remain silent on that topic. He prefers to keep a low profile on his relationship matters.

Regardless of his relationship status, he seems very focus on his professional career and do his utmost best. In spite of his off-court condition, the athlete appears to do relatively well on the court.

From the peek on his social media, we noticed that the rookie player is a very hard working person who gives his utmost best and trains every day. Furthermore, he hangs out with friends and teammates during the holidays. He appears extremely happy and grateful for everything he accomplished and we hope he continues to do so in the days to come.

How Much is Kyle Kuzma's Net Worth?

Despite his young age, Kyle Kuzma owns an impressive net worth of $3 million. He accumulated his wealth from his flourishing career as a basketball player.

He, moreover, signed a 3-year contract with the Lakers worth more than $5 million averaging $1.68 million annual payrolls. That's an incredible amount of money for a man in his early twenties.

On top of that, Kuzma also will have a 2-year option to stay after his contract expires. If he decides to stay he will receive $3.5 million and $5.2 million in his extended year. 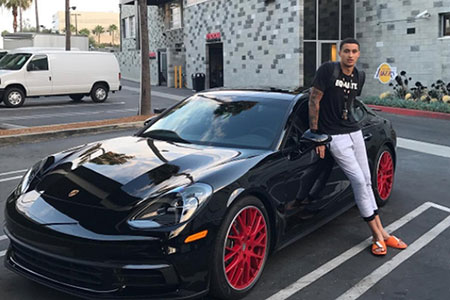 The basketballer also possesses luxury cars like Porsche (Price $100K-300K) and a 1970 Cadillac DeVille. With the wealth and status that he owns no doubt, he lives a luxurious and lavish lifestyle.