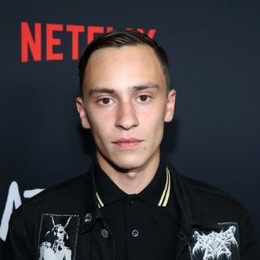 Do you regularly watch the Netflix coming-of-age television series created by Robia Rashid? If you are the regular viewers, then you probably have an idea about the lead actor Keir Gilchrist. He plays the role of Sam Gardner. Besides, Rashid will also appear on the movie The Education of Fredrick Fitzell as Andre.

Family Guy cast, Keir Gilchrist's professional life, as well as personal life, is as clear as crystal. The actor is open and does not hesitate to make his relationship public. Currently, Gilchrist is in a relationship with his beloved lover Michelle Farrah Huang. 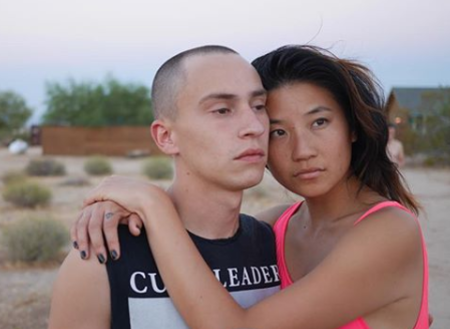 Soon, their feelings for one another grew and shortly began dating. Atypical also became a dating spot for the lovebirds. Gilchrist and Michelle could no more hide their affair from the media, so they made it public via their respective social accounts. 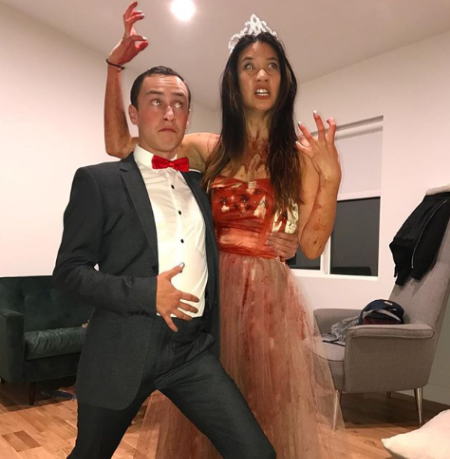 Keir was the first to make it official. People knew about their relationship after the actor uploaded a photo of Michelle on his Instagram on 24th May 2017. Likewise, he captioned it 'Hit up NYC with my girl @mfhuangsy' along with a heart emoji.

Moreover, Dead Silence star shared the next photo on 28th July 2017 while they attended the premiere of Room104 together. He called Michelle as his love. 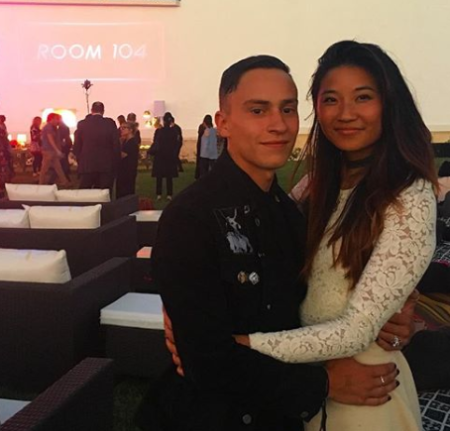 Similarly, in his 2nd September 2017 post, Gilchrist said Michelle as his partner in crime. Besides, the lovebirds together shared the same photo on their respective Instagram accounts on 30th October 2017 and wished Holloween to their fans.

Still, the boyfriend and girlfriend are happily enjoying their love life. They always manage time to spend with each other despite being busy with their handful of projects. 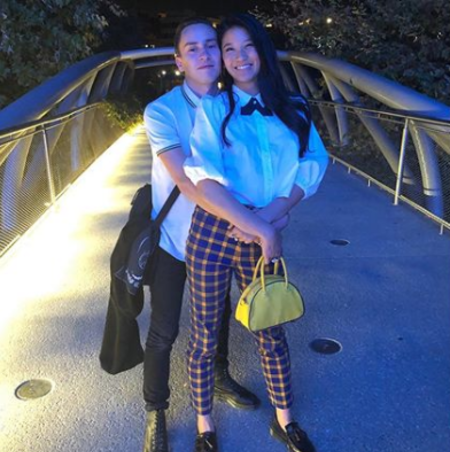 Gilchrist and Michelle share an unbreakable bond as they appear on each other's Instagram posts then and now. Although the duo is in a relationship for over two years, they haven't mentioned the plans of getting engaged or married.

Keir Gilchrist appeared alongside Toni Collette on the Showtime comedy-drama series United States of Tara. He portrayed the gay role as Marshall Gregson, the son of a lead character Tara Gregson played by Toni. His role in the series was appreciated by most people. He was the regular cast from 2009 until its ending in 2011.

The renowned actor, Keir Gilchrist, is famous for his role of a gay on the series United States of Tara. In the series, he appeared alongside some famed actors like John Corbett and Brie Larson. His co-cast, John, is a wealthy actor with a net worth of $9.5 million.

Further, Keir also appeared in other series like Family Guy, Life with Derek, Newsreaders, etc. Likewise, since 2015, he is the regular cast of the series Atypical. He plays the lead role of Sam Gardner.

Apart from TV series, Gilchrist has also portrayed in some hit movies like Dead Silence, Dark Summer, Katie Says Goodbye. Keir's net worth is around $400 thousand as of 2019.