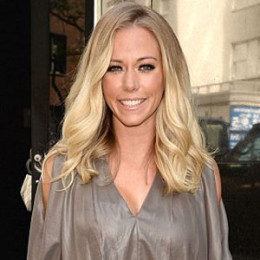 TV personality, glamour model, businesswoman, Kendra Wilkinson is well known for being one of Hugh Hefners 3 girlfriends. Her character on the E! reality TV series The Girls Next Door. She has seemed in 3 nude pictorials with her Girls Next Door co-stars and fellow Hugh girlfriends Bridget Marquardt and Holly Madison.

Kendra Williams, a mother of two kids, is possibly single at present. She is not romantically involved with any men following her split from her nine years husband Hank Baskett. The Scary Movie star is raising her kids as a single mother at present.

Kendra Wilkinson married to Philadelphia Eagles wide receiver Hank Baskett on June 27, 2009, at the Playboy Mansion. Us Weekly paid the duo $120,000 for their marriage pictures.

Kendra first met her future spouse, Hank Baskett at the Playboy Mansion in 2009. She admitted that she was in a relationship with Hank Basket on October 7, 2008. On November 6, 2008, the couple got engaged.

On June 11, 2009, the couple announced that they were expecting their first baby together. On December 11, 2009, the couple welcomed a baby boy named, Hank Basket IV at 12:37 a.m. in Carmel, Indiana. On April 20, 2013, Kendra was involved in a car accident on a California freeway. However, she just suffered from a minor hemorrhagic stroked.

On May 16, 2014, the couple was blessed with a second child, a daughter named, Alijah Mary Baskett. The 34-year-old and her beau lived a sound conjugal life with their two children in Calabasas, California.

The beautiful and young Kendra Wilkinson dated Playboy founder Hugh Hefner, an American men’s lifestyle magazine publisher. She first met him at his 78th birthday party in April 2004 where she was hired to be one of the Painted girls.

Shortly after they met, Hugh asked Kendra to be one of his girlfriends, and he moved her into the Playboy Mansion.

Nevertheless, the ex-couple chose separate paths in 2008, after resigned from the Playboy. Yet, Wilkinson did wish him a warm birthday via Instagram on April 9, 2017.

What is Kendra Wilkinson's Net Worth?

Kendra Wilkinson has an estimated net worth of $6 million dollars. She gained a big amount of money through her hard work in television, business, and much more.

Playboy and The Girls Next Door

Apart from that Kendra was cast on the E! reality TV series “The Girls Next Door," which followed the lives of Hugh’s then girlfriends: Bridget Marquardt, and Holly Madison. "In 2006 she featured in the Playboy Special Editions Sexy 100. In 2007, she was also seen in Nickelback’s music video of “Rockstar," alongside Bridget Marquardt and Madison Dickson.

In 2009, she moved out of the Playboy Mansion after meeting her future beau, Hank Baskett, and filmed her own  reality show on E! called “Kendra.”

Leaving that, she also has made several cameos on different programs including Entourage and Las Vegas. She also performed in Akon’s music video “Smack That as well.

Wilkinson on August 30, 2007, participated on MTV’s “Celebrity Rap Superstar” where she showcased her rapping skills and stood second losing to Shar Jackson.

She has stated that she wants to have a career as a sports announcer or a massage therapist. However, in December 2005 Kendra became a regular blogger columnist at the website of the “Philadelphia Eagles," where her husband played professionally, and her mother had been a professional cheerleader.

After leaving E! in 2011, Kendra and her family began a reality show on WE TV, Kendra on Top, premiered on June 5, 2012. She appeared in an episode of “Celebrity Wife Swap” along with Kate Gosselin on February 26, 2013.

She participated on the 12th season of Dancing with the Stars and partnered with Louis Van Amstel. Kendra was eliminated in the 7th week, on May 3, 2011.

In November 2014, Wilkinson was a contestant on the 14th series of the UK reality television series hit “I’m a Celebrity…Get Me Out of Here, and completing in 6th place. In 2010, Kendra published a memoir, “Sliding Into Home.”

Wilkinson is among those hollywood celebrities who have had a leaked sex tape in 2010s. She was involved having sex with an unidentified man later known as her high school boyfriend at age of 18 and the video swirled on the media bought by Vivid Entertainment. Kendra was paid $680,000 per tapes. She allegedly set up a company of her own, Home Run Production LLC through which she tend to sell all the sex tapes.

The 31-years-old Wilkinson is of Irish, English, and Ukrainian descent. She grew up in San Diego, California with her younger brother Colin. Her father, Eric was the founder of several biotechnology companies, and mother, Patti, was a former cheerleader for the Philadelphia Eagles.At the age of 8, Wilkinson parents got a divorce on March 25, 1994.

During college, she played softball for six years with the Clairemont Bobby Sox. She studied Clairemont High School and graduated in 2003. She left high school and started working as a glamor model and for a short time worked in a dentist's office as an administrative assistant.

On May 16, 2014, the couple was blessed with a second child, a daughter named, Alijah Mary Baskett. Currently, the couple is living a happily married life with their two children in Calabasas, California.