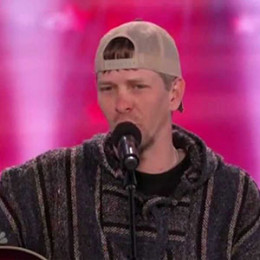 The Kentucky born talented singer and songwriter Kevin Skinner came into the limelight after winning the popular show, America's Got Talent season four. Eventually, after his win, he released his album called Long Ride and appeared in many projects.

He discovered his flair of music at an early age after his musician father Joe taught him and he started playing the guitar at 17. 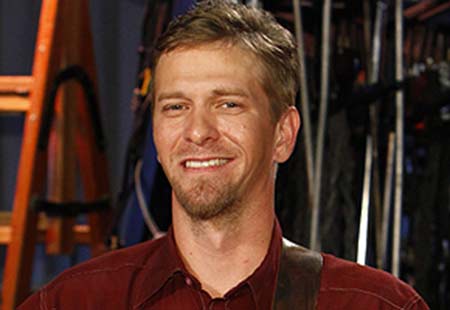 Skinner's musical genre is country, country rock, pop and he is pretty strong in his vocals. As for his schooling, he enrolled at Graves County High School in his hometown Kentucky.

Kevin Skinner is professionally a singer, songwriter, and farmer who came into the limelight after winning the popular show, America's Got Talent season four. For his win, he won a show in Las Vegas and received $1 million prize money to be paid as an annuity for 40 years.

The world discovered a musical talent after Skinner auditioned for the particular show on August 4, 2009. He performed Garth Brooks' song If Tomorrow Never Comes in the live show for the audition round and immediately became an audience favorite.

Moreover, in the show, he sang other songs like Make You Feel My Love by Bob Dylan, Always on my Mind by Brenda and I Don't Wanna Miss a Thing by Aerosmith. 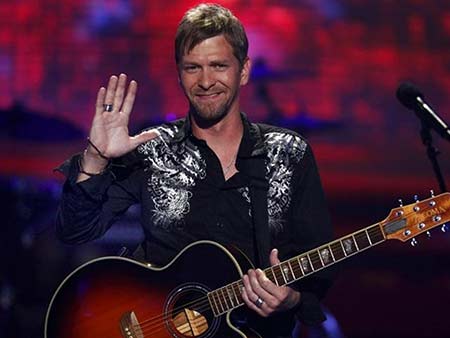 The following year after his big win he released his debut CD called Long Ride on March 17, 2010, on Saint Patrick's Day and even made it available online after six months in September of the same year.

Besides, he appeared in the music video of Like It's the Last Goodbye directed by John Lloyd Miller.

The country singer Kevin Skinner's net worth is not estimated. His main source of earning is from his singing career. For winning the fourth season of America's Got Talent he won huge prize money of $1 million which will be paid as an annuity for forty years and he will receive $25000 yearly.

Besides, he earned some money from his music albums. His properties and assets are not mentioned in the media.

Kevin Skinner was a married man who formerly tied the knot to Kristen Skinner and they gave birth to two children; a son and a daughter named Sydney. But soon after winning the show, the couple got divorced after his wife left him due to disclosed reasons.

According to tabloids, there were rumors that he struggled with mental health and even felt nervous performing in front of an audience.

Despite his performance turning out well on the inside he always felt nervous. After appearing on the show he found his share of popularity but in 2014 he disappeared voluntarily due to his struggle with mental illness and his separation from his wife.

Kevin Skinner giving an interview after winning America's Got Talent.

As for his social media world, he isn't active in any of the social media sites and hence, his current relationship status is hidden from the media.

Take a look at Kevin Skinner's audition on America's Got Talent (AGT)!

The couple separated sometimes after he won America's Got Talent. There is also news about his struggling with mental health issues.

Kevin Skinner and Kristen Skinner gave birth to their daughter Sydney and their son whole name is not disclosed.