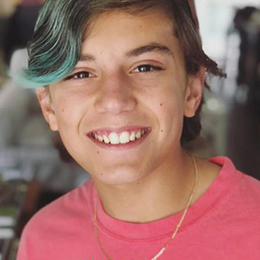 Kingston Rossdale is famous as the eldest son of American singer Gwen Stefani and her ex-musician husband  Gavin Rossdale. Though his parents are separated as of now, he is close to both of them.

Who Is Kingston Rossdale's Girlfriend?

It seems like the celebrity kid, Kingston Rossdale has finally found his girl. The 13-year-old star is spotted at many places with the mysterious girl. Similarly, in June 2018, Rossdale along with his girlfriend and mother Gwen Stefani were spotted together in Los Angeles, and it seems like Gwen is ok with their dating life. 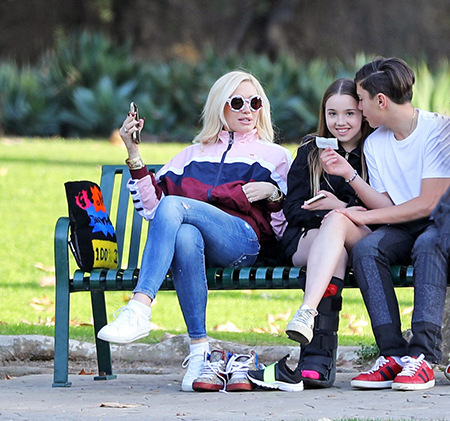 Kingston Rossdale went for an outing with his mother and girlfriend. SOURCE: savetheazaleas.org

King's parents Gwen Stefani and Gavin Rossdale tied the knot back in September 2002 in the presence of 150 guests. The wedding ceremony was held in a 17th-century churchyard in London. 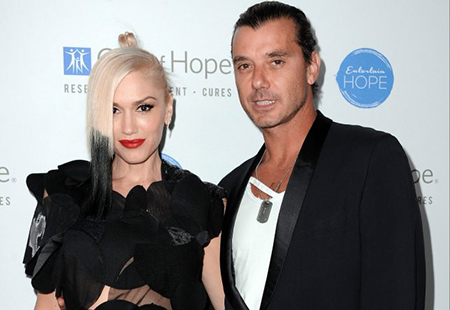 Gwen and her ex-husband Gavin at an event. SOURCE: Metro

For the special day, the bride went for John Galliano's white and pink Dior gown. Meanwhile, the groom went for a black suit and teamed it with a white shirt.

How Did Gwen and Gavin Meet?

Well, the husband-wife couple first met in 27-month No Doubt tour. They first cross the paths when she opens for Rossdale’s band Bush in London and eventually started dating in 1995 and had a long-distance relationship.

After dating for almost six years, Gavin proposed Stefani in January 2002. He popped the question with an elegant diamond ring.

On 5th August 2015, Stefani filed for divorce after 13 years of married life. Finally, months later, they separated from one another.

The reason for the split was Gavins' extra-marital affair with nanny Mondy Mann's affair. Gwen filed for the separation as soon as she came across with the fact that her partner was cheating on her.

Children And Their Custody 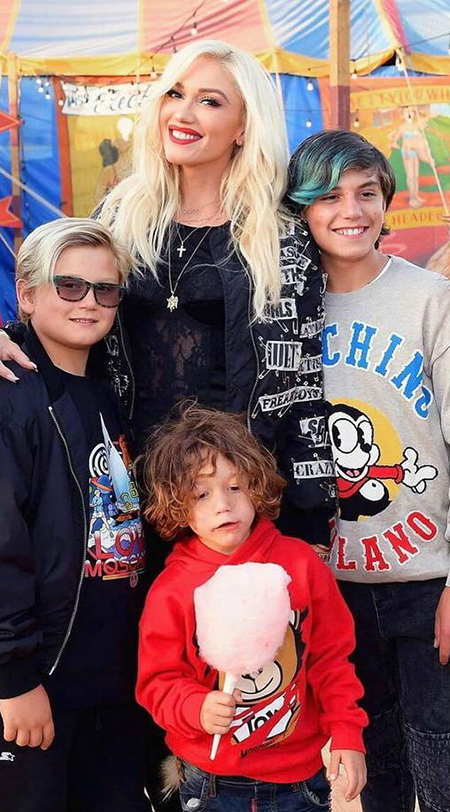 Gwen Stefani along with her three children at an event. SOURCE: Pinterest

The pair is blessed with their third child in 2014. They named their son Apollo Bowie Flynn Rossdale. Apart, the husband-wife pair has joint custody following their separation.

What Are His Parents Doing After The Divorce?

When it comes to his father, Gavin, he is in a relationship with Natalie Golba as of 2019. His partner is a model by profession.

Gwen similarly is married to The Voice judge Blake Shelton. They tied the knot in 2015 and henceforth are inseparable.

Even if Blake does not share any pictures with Kingston and his siblings on social media, Paparazzi spotted them together at several places. 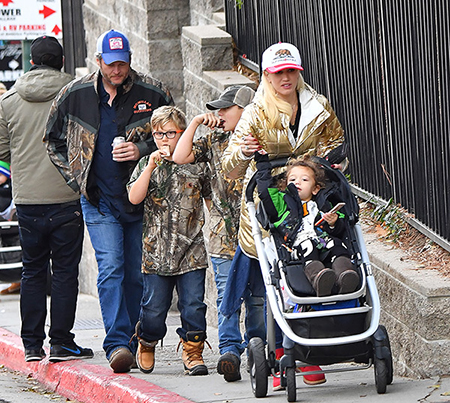 Kingston Rossdale is walking with his mother, siblings, and Blake. SOURCE: Hollywood Life

Not only on outing and vacations, but they also attend several events and ceremonies together. Have a look at the picture: 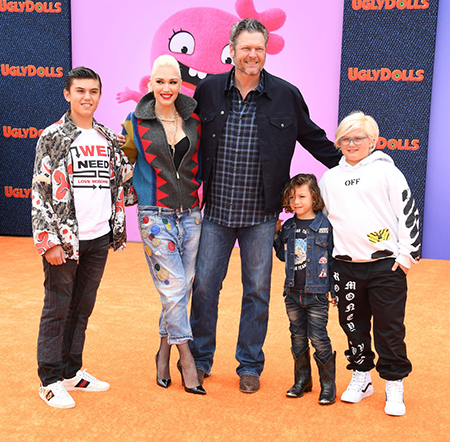 Kingston Rossdale attended an event with his siblings, mother, and Blake. SOURCE: The Cheat Sheet

When it comes to Kingston's relationship with his biological father, undoubtedly, they share such a strong bonding.