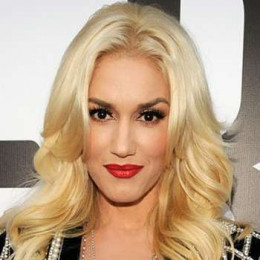 Gwen Renne Stefani is an actress, songwriter, fashion designer, and singer who has been known for her start of her career from the band No Doubt. Her singles like Rich Girl, Hollaback Girl etc. have been hugely popular.

Is Gwen Stefani and Blake Shelton in Relationship?

Gwen Stefani, the 50-year-old singer is not only talked about in regard to her career but her personal life is hugely covered by news critics and fans too.

She has been married and divorced once. Further, the starlet is currently in a relationship with her fellow judge from the popular show 'The Voice', Blake Shelton. The blonde beauty met People's Sexiest Man Alive on the set of "The Voice in mid-2014 and their friendship took another turn since then.

When Gwen ended her thirteen years of marriage from husband Gavin Rossdale, Blake also filed for divorce with ex-wife Miranda Lambert in the same year.

The Gorgeous singer and Shelton officially announced their relationship in September of 2015. Before that, the lovebirds were spotted sharing some sizzling smooches in Big Dear Lake, California. In addition, they have been flirting one another via Tweet messages too.

However, the couple is rumored to be broken up but nothing has been confirmed yet. In fact, the pair were last pictured together at the fine of The Voice on December 19, 2019. They really share amazing chemistry and looked like an ideal couple.

This is definitely the second affair for Stefani but third to Blake Shelton. He stayed in a marital relationship with Kaynette Williams for four years (November 2003-2006).

An American pop star, Gwen Stefani has an estimated net worth of $150 million at present. According to Forbes magazine, Stefani earned $27 million between June 2007 and 2008 from the tour, commercials and fashion line. She is considered the world's 1oth highest-paid music artists at the time.

Gwen and her ex-husband Gavin spent $13.25 million on a palatial mansion located in Beverly Hills from Sam Nazarian, a business tycoon. After her 2016 divorce, Gwen retained ownership of the real estate. She put the house on sale after the split was official for $35 million. In 2019, she sold it to comedian Sebastian Maniscalco for $21.65. Stefani owns at least two other deluxe homes in Los Angeles.

Following the 2011 Tohoku earthquake and tsunami, Gwen donated $1 million to Save the Children's Japan Earthquake-Tsunami Children in Emergency Fund.

The Sweet Escape singer also ran an auction on eBay in 2011 allowing participants to bid on vintage clothing items from her custom T-shirts and personal wardrobe designed and signed by her.

At the amfAR gala mid the 2011 Cannes Film Festival, Stefani auctioned off the lacy black dress she dwelled at the event for charity, raising more than $125,500.

Gwen Renee Stefani was born on October 3, 1969, in Fullerton, California, U.S. She was named after a stewardess in the Airport, the 1968 novel and her middle names derive from the Four Tops 1968 cover of THe Left Banke's song Walk Away Renee.

She is the daughter of Patti Flynn, an accountant, and Dennis Stefani, Yamaha Marketing Executive. Her parents were a huge fan of folk music therefore they exposed her to music by artists like Emmylou Harris and Bob Dylan. She has two younger siblings, Todd and Jill.

Rossdale, the lead singer and guitarist of the rock band Bush was the husband of Stefani for thirteen years,

Kingston is the first son of Stefani and Gavin.

Zuma is the second son of Stefani and Gavin.