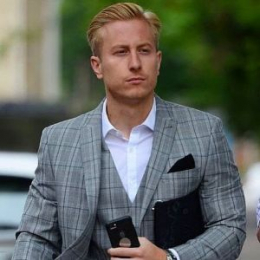 Kris Boyson is a British fitness instructor who is best known as the owner of 'KB Weight Loss'. He is also known for his appearance in the television shows like 'Meet The Parents' and 'Five Star Hotel'.

Kris Boyson's Personal Life; Is He Dating a Girlfriend?

Kris Boyson is currently in an on-and-off relationship with Katie Price. The pair is together from over a year and shares a strong bond. Moreover, the pair is open about their relationship and often shares pictures together in their respective social media sites. 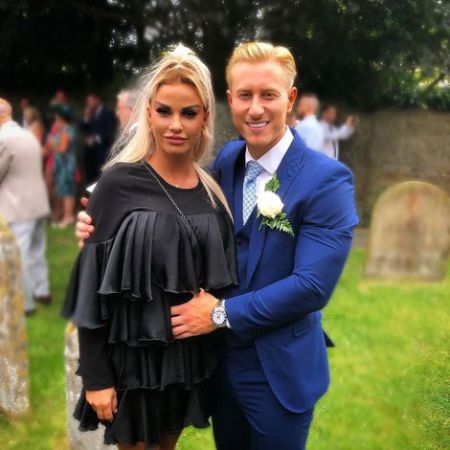 The duo first met through former Love Island star Rykard Jenkins in early May 2018. After meeting at Towie hotspot Sheesh, the couple started dating one another, here take a look at them holding their hands,

Walking into the weekend like...#fridayfeeling

The couple, besides, separated after daying for five months and later it was revealed that Kris dumped Katie. Following that, the reason for the duo's separation is the fact that Katie was dating Alex Adderson behind Kri's back. Later Kris said that,

"This wasn’t an easy decision for me to make, however Katie Price and I are no longer together."

Kris and Katie moreover, re-united on October of 2018. Since then, it looks like the pair is serious about their relationship as there is no sign of break-up between them.

What is the Net Worth of Kris Boyson? Know About His Earnings, Salary

Little turn out at @olivias_la_cala. Big thanks to @elliottwright_ for looking after me! 🤙🏼☀️

Kris as of now owns his own personal training business, KB Weight Loss which is based in Kent. Besides, Boyson is also a reality TV star who featured in Holly Willoughby's dating show named Meet The Parents and E4's Five Star Hotel alongside Holly Hagan and Spencer Matthews.

F#%K the Haters! • • • • Massive thank you to @frshcustoms for this insane wrap and @lepsons for the best wheel refurb about!

Boyson is a car love owns a luxurious red-colored Mercedes GLE car. The car is found at a market price of $53,700.

Kris Boyson is a private person in terms of his personal life and early life therefore, less is known about him. Besides, it is well-known that the fitness instructor holds a British nationality.

Boyson is active on social media sites including Instagram where he gathered over 62.8k+ followers as of 2019. Kris stands at a height of 5 feet and 9 inches with a pair of brown eyes and blond hair.