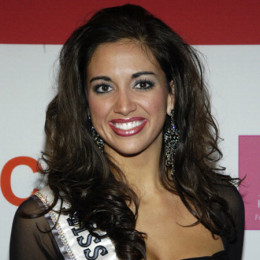 Kristi Marie Capel is a Radio Personality, Television journalist and a news presenter who co-anchors “Fox 8 News in the Morning” with Wayne Dawson and Stefani Schaefer. She is a graduate of Heritage Academy. She was a participant of the Miss Kentucky USA pageant and was placed top 15 in 2005 and similarly won the title of Miss Missouri USA, 2006. She earned a degree in Broadcasting and Public Relations with honors from Evangel University in 2005.

Kristi Capel was born as Kristi Marie Capel on July 7, 1983, in  Kentucky, United States of American. She spent most of her childhood days in Florence along with her family.

Mostly she is recognized as a news anchor served in Fox 8. She is American and belongs to the White-American ethnicity.

Capel completed her graduation from Heritage Academy in 2001. Later, she won the volleyball scholarship to Evangel University, a religious school affiliated with the Assemblies of God.

In 2005 she completed her Bachelor of Science degree in Broadcasting and Public Relations from the same college. Originally, she was from Florence but later she moved to Missouri. She participated in Miss Missouri USA 2005 and grabbed the success.

In 2006 Capel represented Missouri in the Miss USA 2006 pageant in Baltimore, Maryland. Before winning the title of Miss Missouri USA, she had placed top fifteen in  Miss Kentucky USA pageant.

Kristi began her television career as a television reporter on ABC affiliate KSPR Springfield 33 News. She also worked as a radio personality at 99 Hit FM and 1340 AM KADI during much of 2006.

Following year, Capel served as a weather forecaster for the television station WBRE-TV in Wilkes-Barre, Pennsylvania. In January 2012, she was named Morning Co-Anchor of Fox 8 News in Morning.

In 2015 Caple was dragged into controversy after she termed Lady Gaga performance as jigaboos, which gave racial meaning to the performance. However later, she apologized to her.

Kristi Capel is a married woman, she exchanges a vow with Hal at an intimate ceremony. The duo shared two adorable children; daughter, Kyndal Edward, and son, Duke Edward.

We had an amazing Christmas vacation spending time with family, visiting Santa and making memories with cousins. Back to reality now while we plan for our next trip! See you all soon!

The couple is together for a long time and there aren't any rumors regarding their divorce and splits.

The 35 years old newscaster has a glorious career and it might be sure she has an amazing net worth. However, the exact figure hasn't revealed yet.

Height: She stands at a height of 5 feet 10 inches tall.

He is fair and handsome man who is often seen with his wife taking pictures and posting it on social media sites. There is no any details on him.

She was born safe and sound. Details about her has not been disclosed yet.