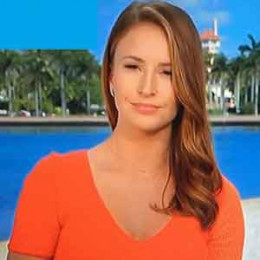 Born and raised in Washington, D.C. Kristin Fisher is an Emmy winning journalist and TV news reporter. She is best known for her association with Fox News where she served as an assistant reporter. Prior to joining Fox News, Fisher worked for ABC News/NewsOne and WUSA (CBS) as a freelance correspondent. She is happily married to Walker Harrison Forehand and shares a daughter.

Kristin Fisher was born on July 29, 1983, in Washington, D.C. Her birth sign is Leo which defines her personality as kind, energetic, optimistic, and straightforward. She has a younger sister, Kara Lyne.

Fisher is the daughter of former NASA astronauts and emergency medicine physicians, Dr. Anna L. Fisher, and Dr. William F. Fisher. Her mother became the first mother to fly in space in 1984 when she was just 15 months old. In 2000, her parents divorced.

Fisher attended National Outdoor Leadership School. She graduated from Boston University’s college of communication with BA in Journalism in 2005.

Soon after completing her graduation, Kristin Fisher worked for ABC-affiliate KJCT-LP in Grand Junction, Colorado in 2005. In 2009, she served as a freelance correspondent for ABC News/NewsOne and then joined CBS-affiliate WUSA-TV where she worked for four years. 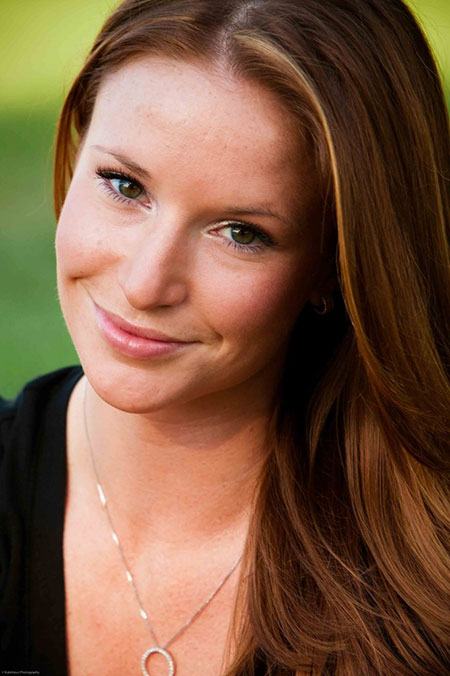 Fisher won Emmy Award in 2010 for her bi-weekly segments on heroes in the greater Washington community. She joined the Fox News Network in 2015 as a general assignment reporter. After a year, she covered America's Election Headquarters (AEHQ).

She also covered Hurricane Irene and Sandy, the shooting at the Washington Navy Yard. Apart from that, Fisher founded a documentary film company, Field Mouse Films which makes films for corporate clients and news outlet.

Kristin Fisher is one of the popular Fox's TV anchor and she has an estimated net worth of $1 million. The average salary of Fox news anchor is $63k but she might earn more than the average figure. As per Influencermarketinghub, Fisher makes $153.75-$256.25 per Instagram post.

Kristin Fisher is happily married to her longtime boyfriend, Walker Harrison Forehand in 2011.

The duo first met in 2003 while studying in Athens, Greece. After dating for several years, the duo finally tied the knot in 2011 at the Church of the Holy City in Washington, D.C. 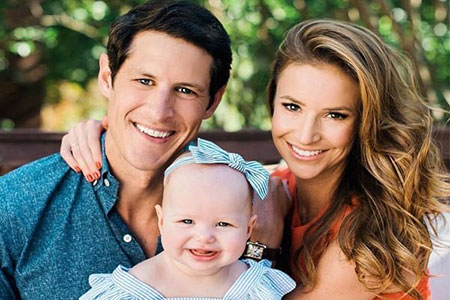 The couple shares a daughter, Clara Fisher Forehand who was born on December 19, 2017.

Her lovely daughter is one year of age at present. Fisher and her husband definitely celebrated her first birthday in a wonderful way.

Coincidentally, the same day, her colleague Jackie Ibanez welcomed her third child. She enlisted in "50 most beautiful woman of the year" in 2017 by the Hill Magazine.

Fisher is an avid dog lover, she has a dog named Pele Forehand. She has 24.8k+ followers on her Instagram as of January 2019.

On November 5, 2018, Kristin Fisher misinterpreted Donald Trump's words and made false rumors that Josh Hawley, Senate candidate who Donald Trump was campaigning for departed the campaign event before Trump could introduce him on the stage.

But the next day on November 6, Fisher apologized for her on-air mistake and explained she had mistakenly thought she'd heard the Mr.Trump say that Hawley was "leaving" the event but actually he told Hawley was "leading" in his election battle.

Fisher's sloppy mistake led other Fox News colleagues also to believe her false story and to likewise mistakenly state same mistake on-air. Later, Trump issue a Tweet explaining that the Hawley rumors were indeed false and Hawley himself explain, he actually remained at the event all the way to its conclusion.

Fisher on covering Trump, surviving Mar-a-Lago, check out the video;

Clara Fisher was born on December 19, 2017. She lives with her mom and dad in California.