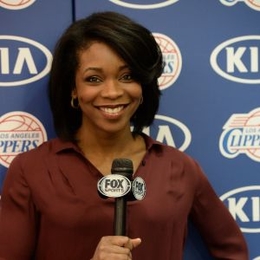 Kristina Pink came to prominence after serving as a sideline reporter for FOX Sports where she covered NFL's Thursday Night Football. Beside this, she also worked for Los Angeles Clipper on Prime Ticket as a courtside reporter.

Does Kristina Pink Have A Boyfriend?

FOX Sports reporter, Kristina Pink, has already won the hearts of millions of viewers. Thanks to her appealing and dazzling sideline reporting. For someone in the sports reporting profession, everyone expects their life to be an open book. But that's absolutely not the case for Kristina. And, the reason behind this is her secretive lifestyle. 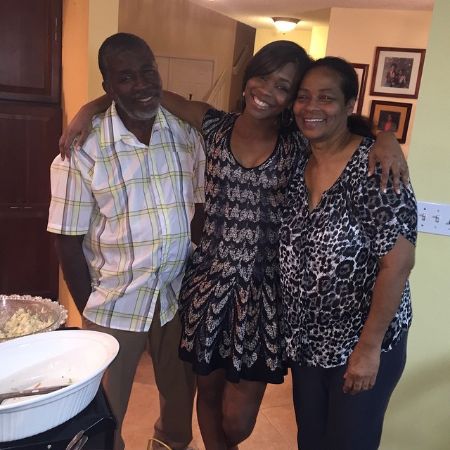 As Kristina has never opened about her personal life publicly, it isn't easy to assume if she is happily taken or not. Likewise, scrolling down her Instagram account, it's full of pictures and videos of her family, interviews, and work.

In addition, Pink seems to be more focused on developing her promising career with a very tight working schedule. Maybe that's why Kristina doesn't prefer investing herself in a serious relationship for now. But, currently, Kristina resides with her lovely family in Los Angeles.

The Fox Sports Sideline reporter Kristina began her broadcasting journey from her college years. Kristina contributed to University's WUFT and WRUF-AM 850. Later on, in 2010, Kristina pursued her professional career with WDBD-TV in Jackson, as a sports reporter. In 2012, Pink joined Fox Sports and instantly made a lasting impression as a trustful and well-informed reporter to coach and players.

Watch the video of Fox Sports Sideline reporter speaking ahead of Minnesota Viking's game on Christmas.

Currently, Kristina is associated with Fox News Sports as a sideline reporter on the NFL's Thursday Night Football. Besides Fox News, she also serves the Los Angeles Clipper on Prime Ticket as a courtside reporter. Kristina collects a paycheck of a decent $65000 a year from her reporting role. From her 12 years of dedication to sports journalism, Kristina has amassed a net worth of around $500,000. 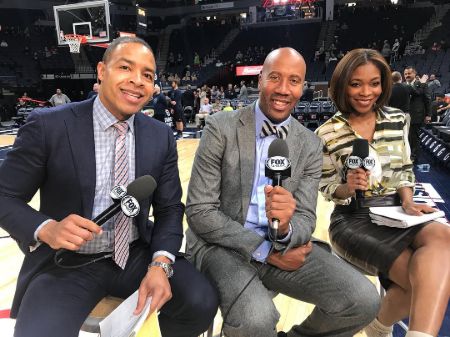