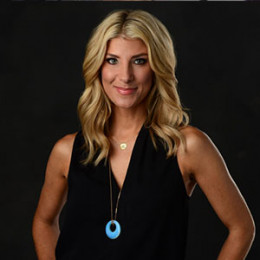 The talented and skillful reporter Michelle Beisner Buck is one of the best there is. She works as the reporter for the ESPN and one of the members of Monday Night Countdown. Previously, she worked as a field reporter for NFL Network covering American football news.

Michelle Beisner-Buck is a married woman and is in a marital tie with Joe Buck. Her husband Joe is also an American sportscaster.

The duo first met in 2012 through her then NFL network co-worker Rich Eisen. But at that time Michelle was living with her boyfriend.

During the Super Bowl in 2013, after breaking up with her boyfriend Joe approached Beisner and it paid off. The two began dating from there.

After a year, the lovely couple became engaged in August 2013. Subsequently, they exchanged vows on April 12, 2014, in Cabo San Lucas, Mexico. 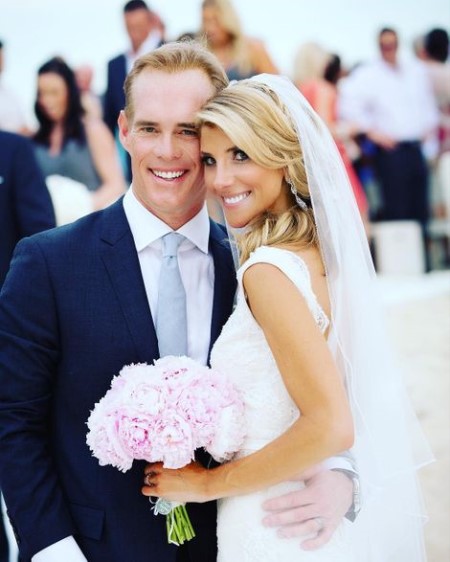 Michelle Beisner-Buck with her husband Joe Buck at their wedding.

Since then, the couple lived together and living a very happy and blissful married life. Moreover, the duo shares two children. They welcomed their twin babies Joseph Buck and Blake Andrew Buck on April 27, 2018. 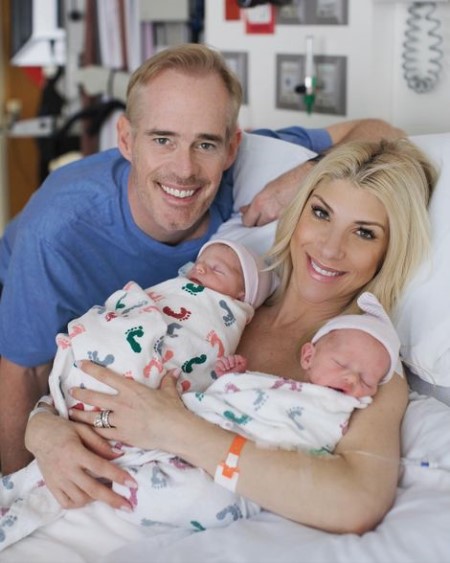 The couple is together for years and still shares a strong bonding. Apart from that, the journalist is active on social media platforms. She uses Instagram and Twitter where she possesses 23.6K followers and 83.8K followers respectively.

From a glimpse on her social media account, we can determine that the veteran reporter is a responsible mother and caring wife to her family. She mostly posts pictures and videos of herself with her kids and spouse and sometimes about her work.

How Much is Michelle Beisner-Buck's Net Worth?

Michelle Beisner Buck has a good net worth of $3 million. She made her wealth from her career as an accomplished reporter.

Furthermore, she receives an annual payroll of $500 K from her work. With the hard work and efforts she has put over the years she fully deserves on it.

On top of that, her husband is also a well-known name in the sportscaster world. As of 2019, he is worth $15 million. In addition, he earns $6 million salaries per year from his contribution in the Fox Sports.

He is also one of the highest-paid sportscasters in the world alongside Chris Berman, Dan Patrick, and Mike Tirico.

The family of four also owns a beautiful two-story house in Lasue, Missouri. When both of them are not on the work they spent time together at their home with their kids.

Michelle Beisner-Buck was born on October 15, 1976, in the United States of America. The veteran reporter holds American nationality and belongs to a white ethical background. 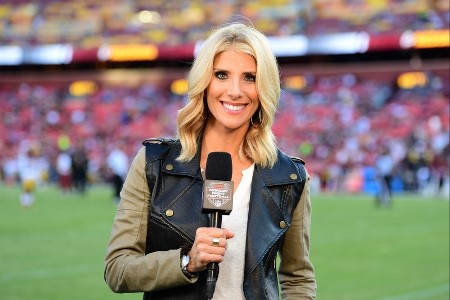 She attended Green Mountain High School located in Lakewood. The mother of two graduated in 1955 and later earned her degree in Journalism.

Before entering in the television world, Michelle was a cheerleader for American Football franchise Denver Broncos. She began her reporting career as a pit reporter for the Champ Car World Series on ESPN.

Michelle Beisner-Buck is a married woman and is in a marital tie with Joe Buck. The lovely couple became engaged in August 2013. Subsequently, they exchanged vows on April 12, 2014, in Cabo San Lucas, Mexico.

Joseph Buck is the son of Michelle Beisner Buck and Joe Buck. He was born on April 27, 2018.

Blake Andrew Buck is the son of Michelle Beisner Buck and Joe Buck. He was born on April 27, 2018.