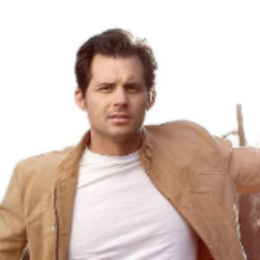 Kristoffer Polaha is an American actor best known for his role in the hit series Life Unexpected. He stepped into the entertainment field in 2001. To date, Polaha has starred in many Hallmark channel movies, including Dater's Handbook opposite Megan Markle.

Is Kristoffer Polaha Married? Who's His Wife?

Kristopher Polaha is happily married to his long-term partner Julianne Morris. The lovebirds tied the knot on June 9 2003, in a lavish ceremony at the Windermere Chapel in Florida. Around 50 to 100 guests, including family members and close friends, attended the wedding. 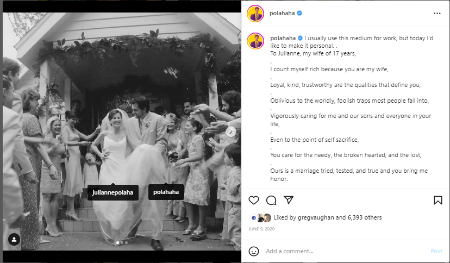 The couple share three sons: Jude Polaha, Micah Polaha, and Kristopher Caleb Polaha from their 19 years of marriage. Julianne gave birth to the couple's first child Kristopher in July 2004, Michah, in April 2006, and Jude in January 2011.

The Hallmark actor has an immense love for his kids and spouse. Earlier this year, Polaha said that the journey so far in his life has been made billion times richer as he got to share with his family.

Kristopher Polaha has an estimated net worth of $3 million as of 2022. His primary sources of income are acting and writing. 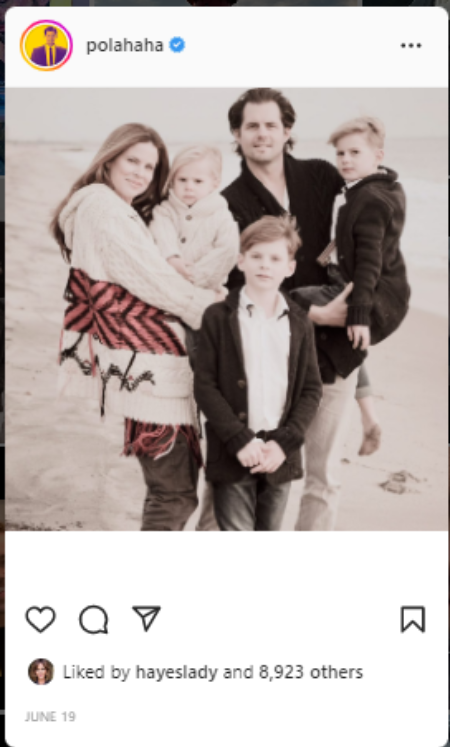 Kristopher Polaha lives a lavish life in the U.S. with his family. SOURCE: Instagram

Polaha sold his modestly scaled and partly 1930s stucco bungalow in L.A. star-studded Toluca Lake area for $820,000 in 2013. As a versatile actor, he made thousands of dollars per movie and TV series. In early 2003, Kristoffer landed JFK Jr in the TBS biopic "America's Prince."

Apart from movies and series, Polaha writes novels. He has teamed up with female author Anna Gomez for a series of romance novel "From Kona with Love." The first book titled "Moments Like This," was published by Rosewind Books on March 09, 2021.

Likewise, the second and the new book Where the Sun Rises came out on February 08, 2022.  The book is receiving good ratings on Amazon and is available at $14.95.

Kristopher Polaha auditioned for two projects, That's Life and Angel, on the day of the 9/11 attacks. He made his small screen debut in the comedy series PLus One episode of That's Life. Later, he was offered to appear in the short film Home Base.

Polaha landed the role of detective Tavis Burke in four telefilms in the Hallmark channel movies and Mysteries series "Mysteries 101". Also, he starred in hallmark movies, including Hearts of Christmas, Rocky Mountain Christmas, A Small Town Christmas, Double Holiday, and Pearl in Paradise.

Check out Kristopher Polaha's role in Hearts of Christmas!

His other notable acting credits include Ringer, Valentine, North Shore, and Get Shorty. Kristopher received media attention for his role in John F. Kennedy Jr. Story with Portia de Rossi.

The 45-year-old appeared in several independent shows such as Devil's Knot, Run the Race, and Where Hope Grows. In the 1980s, Polaha featured in Wonder Woman opposite Gal Gadot. Most recently, he played a CIA analyst in the science fiction action movie Jurassic World Dominion.

Unlike Kristopher, his wife Julianne also has won the heart of thousands for starring in movies such as 50 First Dates, Witch Hunt, Another Pretty Face, America: A Call to Greatness, and Days of Our Lives 35th Anniversary.

Kristopher Polaha was born on February 18, 1977, to Esther and Jerome Polaha. His father is a Washoe District Court Judge. He holds an American nationality. The Jurassic World cast grew up in Reno, Nevada. 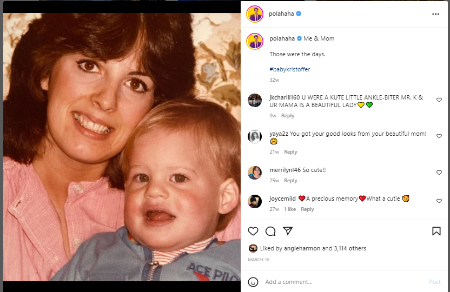 Kristopher Polaha is one of the fourth children of his parents. SOURCE: Instagram

Kristopher Polaha has a captivating physical appearance. He is 6 feet 3 inches (1.88 m) tall and weighs around 70 kg. Polaha has French, German, Irish, and Czech accents.

Polaha has short brown hair and a pair of blue eyes. The Hallmark actor maintains his body by going gym and taking a balanced diet. His waist, chest, and biceps are 33, 42, and 14 inches.

The American actor has over 12.1k followers o Twitter and 23k followers on Facebook. On his Instagram handle, Polaha hosts his weekly Polaha Chautauqua, where he picks a subject to discuss and share things with people.