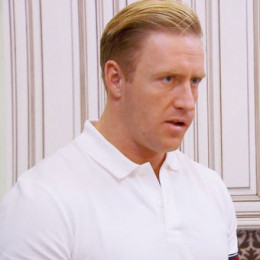 Kroy Biermann is an American football outside linebacker who is currently a free agent. He began his career in sports while at school. Biermann's professional career in football started after Atlanta Falcons selected him in the fifth round of the 2008 NFL Draft. Apart from that, he is currently married and has six children.

Kroy Biermann was born Kroy Evan Biermann on 12th September 1985 in Hardin, Montana. He is the son of Keith Bierman and Kathy Bierman. He is American by nationality and belongs to White ethnicity. He was raised along with his two older sisters Kista Bierman and Kelsey Bierman.

Biermann attended Hardin High School where he received eight letters, three in wrestling, three in football and two in track. At school, he was appointed as a team captain and a First-team All-State pick in junior and senior as a linebacker. Kroy Biermann graduated from the University of Montana.

In the initial phase of his career, he played almost 52 games totaling 220 tackles and 32 sacks. In 2004, he played 14 of 15 games as a freshman with seven tackles. In the following year, he played 12 games and became the game’s fifth-leading tacklers. With his great football skills, he won the title of Walter Camp First-team Small College All-American and the First-team All-Big Sky Conference.

In 2007, he was named the Big Sky Conference Defensive MVP with 70 tackles and 15 sacks and won Buck Buchanan Award.

Biermann’s professional career started after being selected by the Atlanta Falcons in the 5th round of 2008 NFL Draft. He debuted for the team in Week 13 match-up against San Diego Charges where he made 14 tackles. 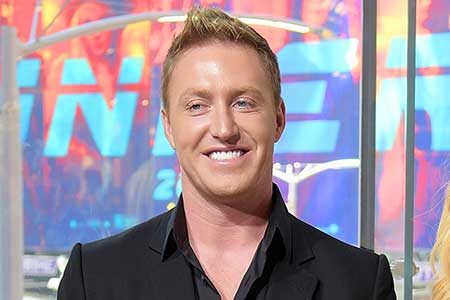 In 2009, he made his first career touchdown in NFL at New Orleans Saints. In 2015, he was offered a new contract by Atlanta Falcons after his recovery from Achilles tendon surgery and leading the Falcons' defense with 4.5 sacks in 2014 season.

Moreover, in August 2016, he signed a one year contract with Buffalo Bills, and a few months later he became the part of final roster club, but currently, he is a free agent.

A father of six children, Biermann has a net worth of $5.5 million and has an annual salary of $2.5 million. He along with the family lives a lavish life and has numbers of luxurious cars like Range Rover, Porsche, a Jeep, and others.

Biermann married an American TV personality, Kim Zolciak on 11th November 2011 at their Roswell Georgia home in a cozy ceremony where Zolciak wore a dress from PreOwnedWeddingDresses.com worth $58000. 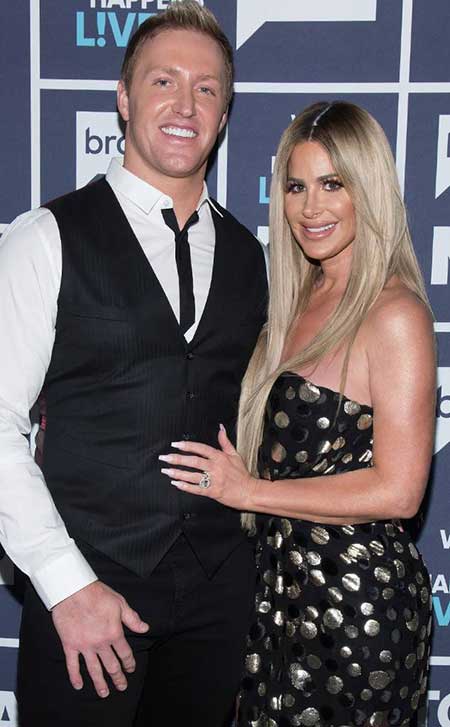 The couple dated for some time after meeting for the first time at the charity event of Dancing with Atlanta which later aired on the third season of Real Housewives of Atlanta, before their marriage.

Currently, he is the father of six children, four with his wife and two from his wife's previous relationship. In 2003, he adopted them as well and gave them his last name.

For more news, stay on marriedwiki.com.

On 11th November 2011 at their Roswell Georgia home, Kroy Biermann married TV personality, Kim Zolciak after meeting for the first time in the charity event of Dancing with the Atlanta Stars. The couple is still together with no such news about their divorce and extramarital affairs.

After some months of dating, the couple welcomed their first child on 31st May 2011 and named him Kroy Jagger Biermann.

After nine months of their marriage, Kroy Biermann and his partner, Kim Zolciak became parents for the second time on August 15, 2012, with the birth of Kash Kade Biermann.

Kim became pregnant for the third time and this time she gave birth to twins on 25th November 2013. Among which Kaia Rose Bierman is their eldest one by some seconds.

Kane Ren Biermann is another twin born on 25th November 2013 to Kroy Biermann and Kim Zolciak. He is the youngest of all their children.