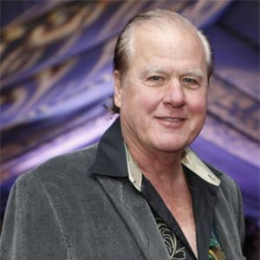 Former tennis pro, Lamar Roemer lives a luxurious career owning an oil business in the U.S. He along with his wife are two famous business personalities making huge income from their business.

Lamar Roemer Personal Life; Is He Married? His Children?

Lamar Roemer is happily married to his longterm partner and a businesswoman Theresa Roemer since 2008. Lamar and Theresa took their boyfriend-girlfriend relationship into holy matrimony after dating six years.

They met back in 2001 and since then the duo never looked back. Theresa is a supportive and loving spouse of Lamar who always stood by his side through every hurdle she faced.

The couple is parents to six children, three sons; Maximilian Roemer, LB Roemer, Michael Roemer, and three daughters; Tashina Meyers, Leslie Roemer Labanowski, Lauren Morgan. Theresa became a parent to two children in her 20s. That's not all, in 2005, she lost her son Michael that shattered her completely.

Lamar first met his wife in the church in Texas, where he held her hand and hinted that he wanted to date her. Further, they went for a date after about five days and were into each other right away. Have a look at the video where the duo talks about their personal life as his wife guesses his favorite things to do!

Despite their happy married life, they had to go through a terrible phase when they lost their 19-year-old son in a fatal car crash. They gradually settled on with their life after the horrific incident.

You May Also Like: Demetrius Ivory Personal Life, Wife, Children, Career, Net Worth

The former tennis player, Lamar normally doesn't show up much in the media. However, his wife is one famous and rich celebrity, she loves gushing about him and their personal life through her YouTube channel. The married lovers are delightful in their relationship and managed to stay away from controversies.

Lamar Roemer is a former tennis player who had featured in a Wimbledon and U.S. Open. He stayed quite a low key about his professional life while his wife Theresa Roemer is pretty much open about it and makes a net worth of $12.5 million. 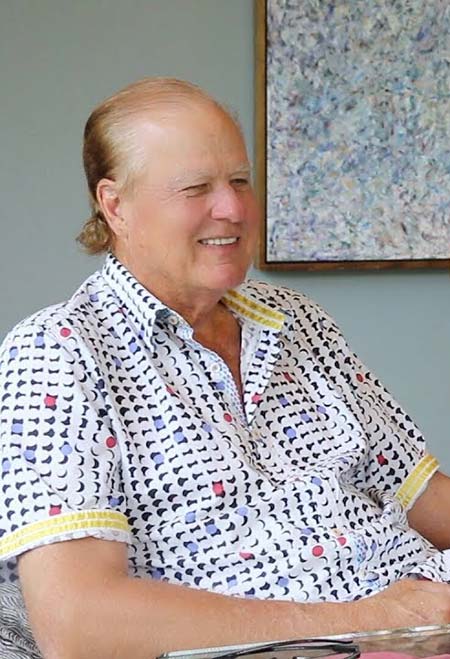 Lamar currently owns a huge oil company alongside his wife. He owns a total of four oil and gas companies and some other businesses. On the other hand, his wife is a famous businesswoman with different business companies around the U.S.

The couple owned a mansion in The Woodlands which they listed for sale. The 17,000 square feet mansion. It was initially listed for $12.9 million in 2015 which got down to $7.95 million.

The 3-story house is of nine bedrooms, ten bathrooms, a main kitchen, a living room, a movie theater, a wine room, a waterfall wall, and a Wynn resort-inspired pool with cabanas. 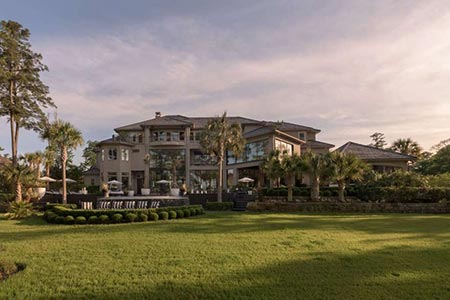 Lamar Roemer and his wife listed their mansion for sale.
SOURCE: Houston Chronicle

Lamar's wife is one of the richest celebrities who loves living a lavishing life. She likes to spend her wealth on fancy cars and owns a Rolls Royce whose market value is around $600,000 and a Bentley which costs about $300,000.

The pair lives a luxurious life with all the money they hold. Theresa doesn't miss out on spending it on fancy brands like Louis Vuitton, Rolex, Gucci, and so on.

Born in the United States, Lamar Roemer resides in the U.S. running a huge oil business alongside his wife Theresa Roemer. Theresa was born on 27 September 1961 in Nebraska, USA. He is of American nationality. 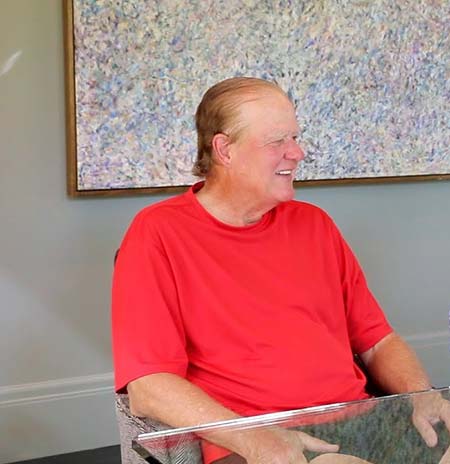 Lamar Roemer in one of his wife's YouTube videos.

Lamar went to Trinity University for his undergraduate in math and later joined A&M University to get a Ph.D. in Oceanography. Later then Miss Roemer earned graduation from Black Hills State University. He played in the U.S. Open seven times and a Wimbledon once. He partnered alongside Jimmy Connors in tennis.