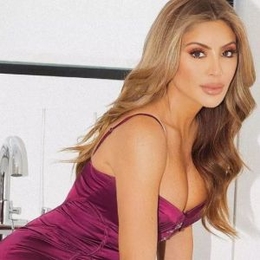 Larsa Pippen is a strong source for top gossip and drama for the entertainment portals, thanks to her connections with ex-husband Scottie Pippen and former best-friend Kim Kardashian. With such connections, the gorgeous entrepreneur even featured on 'Keeping up with the Kardashians.' Surprisingly, she is no longer friends with them following a dramatic and ugly spat.

Being the wife of a six-time NBA championship winner, Scottie Pippen guarantees Larsa Pippen a lifetime of fame and prominence. However, that wasn't the main reason for her fame as she earned a reputation from renowned reality television series, 'Real Housewives of Miami.' The love birds tied the knot way back in 1997 in an intimate wedding ceremony. There isn't much disclosed regarding the details on how the pair first met or how they started dating one another. 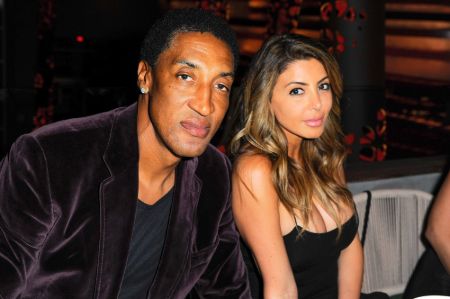 Larsa Pippen and her husband Scottie Pippen finalized their divorce in 2018. SOURCE: People

Larsa and the former Chicago Bulls' star Scottie Pippen looked perfect for each other to the exterior world. Following their marriage, the pair welcomed four children named Scotty Jr, Preston, Justin, and Sophia. Her eldest son actually entered the television world when he appeared in the first season of 'Dancing with the Stars: Juniors.'  She wasn't the first wife of the NBA legend, as Pippen was previously divorced from Karen McCollum. However, she didn't let that become an issue. Even though the pair looked perfect for each other, they failed to sustain their romance as they later parted ways with a divorce agreement in 2018. 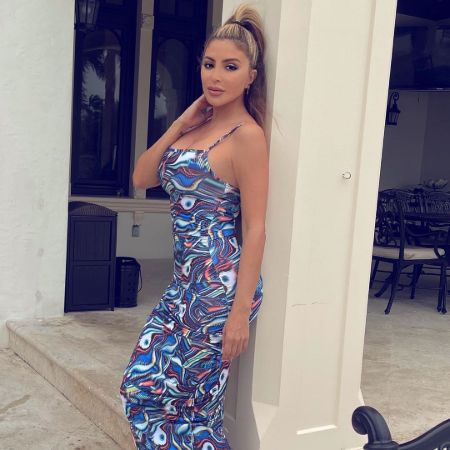 Larsa Pippen and Scottie Pippen got married way back in 1997. SOURCE: Instagram

Following her split-up with Scottie Pippen, Larsa was rumored to be dating Tristan Thompson. Initially, she always denied the rumors as her so-called boyfriend later started dating Khloe Kardashian. After a lot of media speculation, she did open up a little and disclosed how the pair were 'kinda seeing' each other. Furthermore, she even went out with French Montana for a short stint before her divorce.

Larsa Pippen was once a soul-to-soul friend of the popular model and actress Kim Kardashian. The two models' bond actually started in the early 2010s, which helped them hang out most of their time together. In fact, Larsa even got to be a part of 'Kourtney & Kim Take Miami.' The two were so close that the Kardashian diva even labeled Scottie's ex-wife as a friend who always gave her 'parenting advice.' 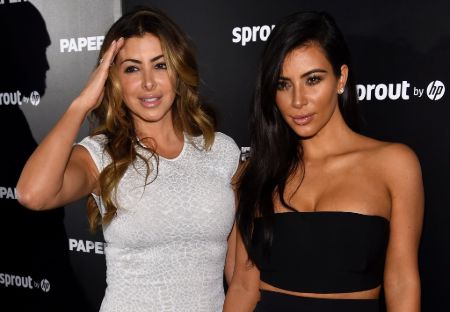 Larsa Pippen and Kim Kardashians were best friends in the past. SOURCE: Popsugar

Surprisingly, Larsa's affiliation with the Kardashian's wasn't permanent as she was unfollowed by all the family members one morning. There were rumors that the conflict occurred because of her links with Tristan, but as per Entertainment Tonight, the main reason behind Kim and her troops dumping Larsa was that they didn't feel the best energy their high-profile friendship.

Larsa didn't care much about their spat as she made a strong statement on how the fitness model is too busy in her entrepreneur project, 'Larsapippenfitness,' and her four kids.

Larsa Pippen and Scottie Pippen were legally married for around 21 years. They tied the knot in 1997 and got divorced in 2018.

Scotty Jr is the eldest son of Larsa Pippen and NBA legend Scottie Pippen. The celebrity child participated in Dancing With The Stars: Juniors.

Preston Pippen is the second son and child of Larsa Pippen and her ex-husband Scottie Pippen.

Scottie Pippen and his ex-wife share four children out of which Justin Pippen was the third one born in 2005.

Scottie Pippen and Larsa Pippen welcomed their first daughter Sophia Pippen in 2008. She is the youngest one in the family.