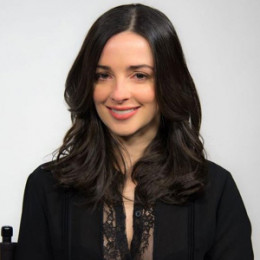 Laura Donnelly is an Irish actress best known for appearing on the drama series Sugar Rush, Casualty and Hex. Made her on-screen debut in the 2005 drama, Sugar Rush, she has played the movies including Dread, Right Hand Drive, Best: His Mother’s Son, Hello Carter and Heart of Lightness.

Laura Donnelly was born on 20th August 1982, to her parents in Belfast, Northern Ireland. She has a citizenship of Ireland and belongs to Irish ethnicity.

From childhood, she was passionate about dancing and acting. She is a member of a ballet and Irish dance company that performed routines based on Irish myths and legends. She attended Rathmore Grammar School in Belfast, where she was cast as the lead in a stage production of the musical Carousel.

After she moved to Glasgow from Belfast, she studied Royal Scottish Academy of Music and Drama. In 2004, she made her performance stage debut as Catherine in B*spoke’s production of A Boston Marriage at the Project Theater in Dublin.

The same year, she completes her degree and had a series of roles in the theater in Ireland and Scotland before moving to London.

Donnelly made her acting debut from the British television comedy-drama series, Sugar Rush in 2005. The TV series was developed by Shine Limited and broadcast by Channel 4 which starred Olivia Hallinan, Lenora Crichlow, Sara Stewart, Richard Lumsden and Sarah-Jane Potts. They have done over 20 episodes in 2 series.

The same year, she was seen in the two other British TV series, Casualty, and Hex. Then she made her appearance in Geoff McQueen’s created police procedural television series, The Bill. The series’ first broadcast on ITV that starred Billy Murray, Tony O’Callaghan, Christopher Ellison and Mark Wingett.

After playing several TV series, she landed to Hollywood movies. She made her movie debut from Anthony DiBlasi’s written and directed horror movie, Dread. She shares her first movie with Jackson Rathbone, Shaun Evans, and Paloma Faith.

She was also seen in the drama television movie, Best: His mother’s Son directed by Colin Barr. This is a BBC drama on the life of George Best, playing Best’s sister, Barbara.

Apart from acting in movies and TV series, she was also featured as Juliet in Romeo and Juliet at Regent Park’s open-air theater in London. Not only this, she starred in Jez Butterworth’s new play, The River at the Royal Court Theater alongside Dominic West and Miranda Raison. She has reprised her role in the Broadway production alongside Hugh Jackman.

Moreover, she last appeared in the theater play, The Ferryman in Royal Court Theater from April-May 2017 and in Gielgud Theater from July-October 2017.

Laura Donnelly, 35, is not married yet. She has been linked with different celebrities in her lifetime. She has been in a relationship with Nathan Connolly. The couple first met via a mutual friend and began dating each other since 1999. They dated on and off for more than 13 years.

The couple split before 2015 when she found a new boyfriend the year. She dated Lee Pace from 2015 to 2016. She has kept her love life secret and never revealed any information regarding her boyfriend.

Currently, she is single after split from the past affair and living happily with her single life. Also, there is some rumor regarding her affairs but the fact is she is single and not dating anyone.

Dougie Donnelly is one of the versatile actresses who has her footstep in movies, TV series and Theater play as well. She must be paid a good sum of net worth for her hard work. Though her net worth is not published in media, looking at her lavish lifestyle, she probably has a net worth more than six-figures.