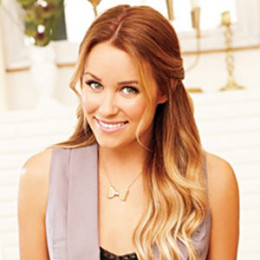 Lauren was born on February 1, 1986, and was brought up in Laguna Beach, California. She is a very talented woman and has starred in series like The Hills. She also has her own fashion line. Apart from that, she is also best selling author.

The former reality star and fashion guru Lauren Conrad is an American television personality, author, and fashion designer. She grew up in Laguna Beach, California with parents Jim Conrad, an architect, and Kathy Conrad. She has one sister, Breanna, a TV personality, and a brother, Brandon.

The 31-years-old Lauren belongs to white ethnicity and holds an American nationality. She studied Laguna Beach High School in 2004. After passing out from there, she studied at the Academy of Art University in San Francisco for two semesters, and then she attended Fashion Institute of Design & Merchandising and held positions along with Kelly Cutrone’s PR firm People’s Revolution and Teen Vogue.

At the age of 18, Lauren Conrad starred in “Laguna Beach: The Real Orange Country”, which aired in MTV television series. It documented her life and those of her friends during high school. Upon the completion of the first season, Lauren appeared in one of the episodes of MTV Cribs.

Lauren left the series after the 2nd season, where she moved back to her hometown. After her sister had become a major cast member in Laguna Beach, Lauren made a guest appearance on the series during the 3rd season in 2006.

In the wake of moving to Los Angeles in May 2006, the spin-off series “The Hills” was created to chronicle the lives of Lauren Conrad, with her housemate Montag. By the second season, their companionship had decayed after Montag started dating Spencer Pratt.

Later in 2007, Lauren showed the funny side of herself in the comic drama film “Epic Movie.” In 2008, she and Port started working with Kelly Cutrone's PR firm, “People's Revolution.” She later made a guest appearance in an episode of “Greek” and gave her voice to a cartoon version of herself in a scene from “Family Guy”.

In March, Conrad released her first design line “The Lauren Conrad Collection.” The disappointing sales figures led Conrad to end the line the next year to additionally acclimate herself with the industry.

Upon the conclusion of the 4th season of the series 'The Hills,' Lauren wanted to leave the series to follow other career opportunities. Although, the producers’ requests, she did ten episodes for the following season. She made her last appearance on the series in May 2009.

In June 2009, Lauren released first novel “L.A. Candy”, and became a bestseller on The New York Times. In 2010, she released sequels “Sweet Little Lies” and “Sugar and Spice.” In 2010, she also released the fashion guide “Lauren Conrad Style.”

Later Lauren made an appearance on the syndicated game show called “Who Wants to Be a Millionaire,” which playing for her charity “Kathy Griffin: My Life on the D-list,” and m.powerment by mark.” In 2009, Lauren collaborated along with Kohl’s to launch her second fashion line called “LC Lauren Conrad”, and was later extended to include a bedding collection.

Lauren launched “The Beauty Department” with her makeup artist, Amy Nadine, and hairstylist, Kristin Ess in April 2011. She later declared plans to expand the brand to include a cosmetics line. In that August, she released her third fashion line “Paper Crown, ” and in April 2012, Lauren released her 4th novel “The Fame Game” as a spin-off of the L.A. Candy series.

On October 16, 2012, the best-known style icon published a 288-page beauty book in which Lauren shared all her beauty tips. In June 2013, Conrad released her final novel “Infamous.”

Lauren Conrad is a married woman. She married her longtime boyfriend William Tell on 13 September 2014 in California. On first January 2017, she revealed through Instagram that she and her husband Tell are expecting their first child. Lauren met her future husband William Tell, a musician at the age of 16 in one of his concerts.

Ten years later they were set up for their first date on Valentine’s Day in 2012. After more than a year of dating, they got engaged on October 2013. Currently, the lovely couple is living in Westwood, Los Angeles.

Before dating and marrying Tell, Lauren dated her co-star Kyle Howard in 2008.

They ended their three years romance in June 2011. There were rumors about Lauren having an affair with other guys, but it was shut down as they were no evidence to back it up.

The talented Lauren has an estimated net worth of $25 million dollars. She earns the majority of her income through her successful career in fashion design, television, and through her writing.

Lauren Conrad is a married woman. She married her longtime boyfriend William Tell on 13 September 2014 in California. On first January 2017, she revealed through Instagram that she and her husband Tell are expecting their first child. Lauren met her future husband William Tell, a musician at the age of 16 in one of his concerts.