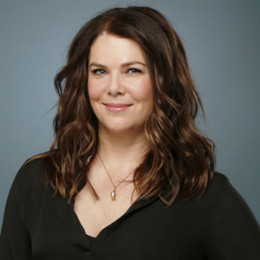 Lauren Graham is an American actress who carved her way to the top starting from commercials. Her portrayal as Lorelai Gilmore on Gilmore Girls gained her a wide recognition.

Lauren Graham was born on March 16, 1967, in Honolulu, Hawaii. She was born to Danna Grant, a fashion buyer and Lawrance Graham, candy industry lobbyist and former president of the National Confectioners Association. She is of Irish, English and Scottish descent. In her young age, she used to ride horses competitively.

Graham went to Langley High School and graduated from Bernard College in English Literature. She received her Actor's Equity Card in 1988.  She obtained her master's degree in Acting Performance from Southern Methodist University.

The 50-year-old actress began her career working as a waitress and SAT tutor. She then did several commercials for products like Dimetapp and Lean Cuisine. She also hosted free preview weekends on The Movie Channel. She made her guest appearance in several hit NBC shows like 3rd Rock from the Sun, Seinfeld, and Caroline in the City, during 1996 and 1997.

Lauren made her debut in The Third Wheel in 1997 followed by Law & Order and NewsRadio. She then appeared in an array of short-lived TV shows such as Good Company in 1996, Townies in 1996, Conrad Bloom in 1998 and M.Y.O.B, in 2000. Later she got an opportunity to cast in series Gilmore Girls featuring Alexis Bledel and Melissa McCarthy in 2000. She was praised for her work in the series.

Afterward, Graham made her big screen debut in the films including Bad Santa in 2003, The Pacifier in 2005 and Because I Told You in 2007. Furthermore, she featured in a sequel to Bruce Almighty, Evan Almighty in 2007. In 2009 she made her Broadway debut in a revival of Guys and Dolls. The following year she featured in the hit family drama Parenthood starring Craig T. Nelson.

Lauren is the two-time winner of Teen Choice in 2005 and 2006 for her role in Gilmore Girls. She was nominated for Global Globe and Screen Actors Guild Awards for the same series. Throughout her career, she has worked alongside famous personalities such as Billy Bob Thronton, Vin Diesel, Diane Keaton, Morgan Freeman and many others.

Besides that, Graham is also an incredible author. Her first novel Someday, Someday, Maybe released in 2013, entered the New York Times Bestseller list the same year. Her second book Talking as Fast as I Can: from Gilmore Girls to Gilmore Girls which was published in 2016 also got listed in New York best-seller list. She wrote the script for CBS Films adapting from the novel The Royal We.

The gorgeous actress Lauren is in a romantic relationship with her co-actor Peter Krause. She met her boyfriend for the first time in 1995 on a show Caroline in the City.  The duo eventually fell for each other after several meetings. The love bird started dating in 2010. It's already been seven years that the couple has been together and maybe soon they will change their relationship into a marital bond.

The two times award winning actress has made a lucrative amount from her career. Her current estimated net worth is $15 million. She has well maintained her life style from the amount she earned. She owns a luxurious apartment in Manhattan and a house in Los Angeles. She is the owner of Good Game Entertainment, a production company.