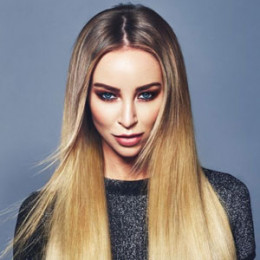 Lauren Pope is a model turned actress. She featured on the reality show The Only Way Is Essex aired on ITV2. She is also an amazing DJ and was named the World’s Sexiest DJ by Nuts Magazine. She has dated a lot of celebrities and athletes but as of now, she is single.

The beautiful Lauren Pope was born on 29 September 1982 as Lauren Grace Pope. She grew up in Torquay, Devon, England along with her two sisters. She completed her high school education from Girls Grammar School, Torquay.

Throughout her career journey, Pope got involved in multi-field as a model, DJ, producer, and entrepreneur. She began her career as a glamor model. She featured in several magazines such as Nuts, Zoo, FHM, Loaded and Mixmag. She gained success when she made her appearance in The Sun. She also appeared on Page 3 on a regular basis.

Lauren’s career as a DJ professionally began in 2007. She was entitled The World’s Sexiest DJ by Nuts. In addition to that, she also started her own line of clip- in hair extensions namely Hair Rehab London. Popular hairdresser Mikey Kardashian later endorsed her brand.

Besides DJ and glamor model Pope is also one of the skillful actresses. She entered the TV industry featuring in ITV reality show Tycoon in 2007.

In 2010 she appeared in ITV2’s reality program The Only Way Is Essex alongside Amy Childs. As an actress, she was cast in TV series Mile High in 2004 and the film Rise of the Foot Soldier in 2007. In 2012 Lauren was seen in The Amazing Spiderman T4 Premiere Special as well as MOBO Awards 2012.

Kirk Norcross, an actor, featuring in TOWIE is the ex-boyfriend of DJ and model Lauren Pope. They had the on/off relationship since 2011. However, the couple finally eventually broke up in 2013.

In 2004 she was linked to Prince Harry. Later in 2016, she dated Aaron Chalmers, a footballer currently playing for Stalybridge Celtic. The duo split up in early 2017.

Other than that she has also been in a relationship with John Terry, Peter Crouch, Shaun Wright-Philips, Darrell Privett, Jamie Reed, Tom Pearce and Dan Edgar. She also dared James Lock and Mario Falcone.

As of now, Lauren is enjoying her single life.

The 35-year-old Lauren is well paid and earns a lucrative amount from her multi-career. Her estimated net worth in 2017 is $8 million.