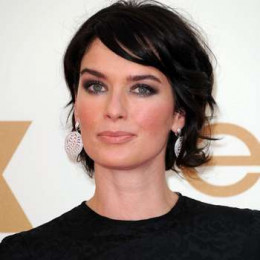 Lena Headey is an English actress best known for portraying Queen Cersei Lannister in HBO's hit fantasy series 'Game of Thrones' since 2011. She has earned her two consecutive Emmy award nominations for Outstanding Supporting Actress in a Drama Series for Game Of Thrones.

The GOT star Lena Headey is still in a conjugal relationship with Teddy's father, Cadan. April though they were rumored of being split in June 2019. On April 7, 2020, Lena spoofs home beauty tutorials with some tips of her own while the UK is under the government lockdown to quell the spread of coronavirus crisis.

Till the fall of 2019, she enjoyed a blissful married life with Dan Cadan in 2015. She turned her lovey-dovey relationship into holy matrimony after being engaged to her childhood friend. Headey and Cadan were blessed with a daughter Teddy Cadan on July 10, 2015.

Lena Headey was previously a relationship with Peter Paul Loughran, an actor on 19 May 2007. They were never married or engaged but remained in a live-in together relationship for six years.

Headey was pregnant with her son Wylie Elliot Loughran amid the shooting of Game of Thrones season 1. The performer later welcomed a baby boy on March 31, 2010.

But they separated on 26 December 2013. The rumor about Lena's pregnancy was viral lately. When she confirmed that she was expecting a baby girl in May 2015. The father of her baby girl is still a secret.

Except for Loughran and Cadan, she was romantically involved with Jerome Flynn but their relationship ended on bad terms citing personal issues that they had a clause inserted into their contracts and would never share scenes together on set.

How Much Is Lena Headey's Net Worth?

Lena Headey possesses an estimated net worth of $12 million. She receives a salary of $500,000 (£382,750) per episode from Game of Thrones. Some sources claim, Headey earns $1.1 million from the final two seasons of GOT, 14 episodes that aired between July 2017 and May 2019. Most notably, Lena falls under the list of five highest-paid actresses of HBO series, GOT. Her total earnings from the entire run of Game of Thrones likely top $30 million before taxes.

Some Unheard Facts of Lena Headey

Headey was a vegetarian but in the 2011 interview, she stated she now eats meat again, albeit rarely.

Lena is fond of tattoos and pierced a large floral design on her back and Pema Chodron's quote on her ribs.

At age 17, Headey's performance in a one-off show caught the attention of a casting agent, who hired her for an audition.

Lena Headey attended boxing classes in clubs in South Londons where she learned to spar with the help of a former boxer.

Lena is admired for her arched eyebrows, calm demeanor, and distinctive, smooth and rich voice.

Lena Heady is an ex-fiance of Johnny Cicco.

Lena Headey was married to a musician Peter Paul Loughran for 6 years. They were blessed with a baby boy. They got divorced later on 2014.

Lena Headey married Dan Cadan, a film director since 2018. He is best known for movies like The Devil's Wedding, Morvern Callar and Walks Like a Pather.