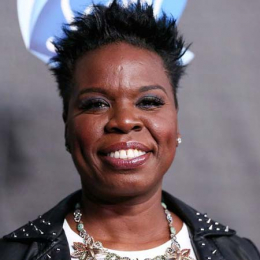 American comedian and actress, Leslie Jones is one of the talented Hollywood actresses who won several awards and critical acclamation for her onscreen work. She is best known for her works in the film and television series like Ghostbusters, Fast Five, Trainwreck, and The Blacklist.

Leslie Jones's Personal Life; Is she Dating Someone?

Leslie Jones is possibly single and currently, she is out of any dating relationship and seems focused on her career. Moreover, it seems like the comedian is waiting for the love of her life as she isn't linked with any men as of 2019. 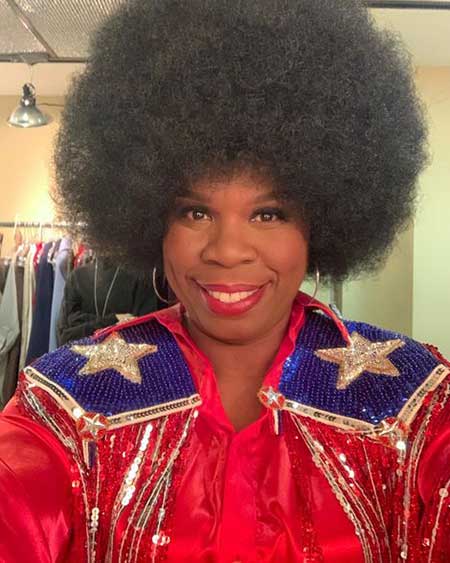 In 2017, Jones while appearing in the Conan, shared that she was dating a mysterious man but she doesn't want to open about him. Further, the reason behind her secrecy is that she does not want anyone to bother her boyfriend. Previously in an interview, she stated;

It's a secret, so I don't want everybody bothering him, you know what talk I'm saying? I don't want to sit on television and be like, 'Oh, the type of man I'm looking for and then I'll talk to him and he'll be like, 'Yeah, I heard you were looking for this type of dude.' Don't get me in trouble!"

After that, Leslie was rumored for dating her co-partner Colin Jost, when Jost uploaded a picture of mentoring the comedian as his work-wife. Besides, there is no proper evidence of the duo's relationship. Similarly, Jones was also linked-up with her SNL co-star Kyle Mooney but just like her previous rumor, this one also turned out a hoax.

What is the Net Worth of Leslie Jones? Know about her Earnings, Salary

Jones started her career as a comedian from her college in 1987. After that, she regularly performed at clubs like Roscoe's House of Chicken and Waffles and UPS. Furthermore, she appeared in many shows like Saturday Night Live, and SNL.

?Ok I’m going back to bed!! I got neosporin to apply lmao!! @nbcsnl #thegreatsheilaeveryone?

The-51-year-old comedian debuted in the film in 1999  after appearing in the 1999 film named For Love of the Game. After that, she went to perform in many films like National Security, Top Five, Trainwreck, Ghostbusters, and Sing. Additionally, some of her blockbuster films are,

As for Jones' television career, she starred in many television series like In the House, Coach, Girlfriends, Min of Mencia, American Body Shop, and The Black List. Until now, she worked with many famous actors like Bill Hader, Brie Larson, and John Cena. Apart from that, she worked as the host for the BET Awards and appeared in the advertisements for Amazon's Echo Spot two times. 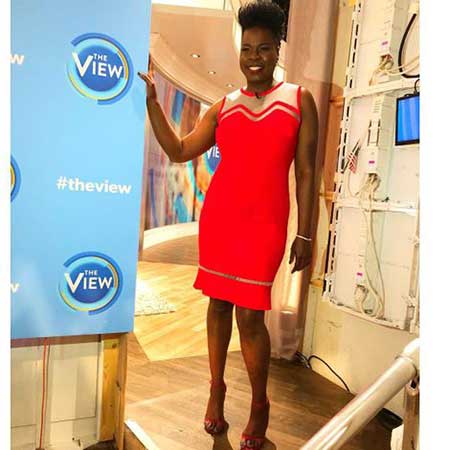 Comedian Leslie Jones at the American talk shows, "The View".

Take a look at the Interview of Leslie Jones on the American talk show named The View;