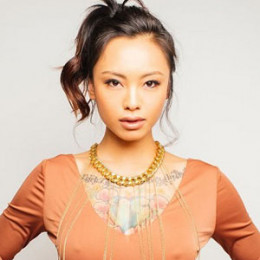 Levy Tran was nicknamed Goldfish during her bad-ass tattoo modeling career. However, an exquisitely inked body is not the only thing you notice when you look her up on the internet. The model is sure to leave spectators stunned with her striking Asian beauty. Instagram hit Trans stunned her fans with her short and hyped before-the-race scene in Hollywood blockbuster Furious 7.

Levy Tran is famous for her eye-popping appearance in Furious 7 as a race starting girl. The actor had begun her career as a kindergarten teacher before pursuing her acting and modeling career.

She first worked for brands like Tattoo Life, Inked and Bizarre as tattoo model, posing with flawless tattoos all over her body. At the same time, she also made a guest appearance in a show called Guy Code in 2012. 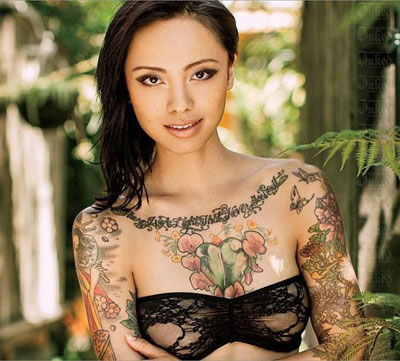 In 2015, the Hollywood blockbuster Furious 7 starring superstars like Vin Diesel and Paul Walker, gave her a chance to feature as a race starting girl.

At the beginning of a heated racing scene in the movie, Levy is seen starting off the race in her sizzling skirt, swinging and whipping a flag with her arousing moves. It might be just a brief appearance, but it had everyone searching all over the internet for her identity. 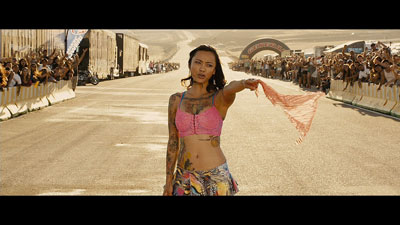 In 2016, Levy made an appearance in the movie Female Fight Squad. She is all set to appear in her upcoming 2018 movie, The Silk Road.

Levy’s relationships and affairs are shut down from the public as far as we know and she has never posted any photos on social media of her boyfriend. She is possibly single at the moment and focusing on her career right now.  However, we do know she was rumored to have dated Ryan Reynolds for a brief period that hyped her popularity to a certain degree.

At the golf range with ryanreynolds and @HamiltonBrandon. Roomie day. I hit 5 balls in the net.… http://t.co/OTly77DM9P

Her onscreen relation with Shameless cast Allen White was an epic one. In the season 8 of series Shameless, Levy appeared as Lip’s (played by Jeremy Allen White) girlfriend where the hot actress makes love with her on-screen lover.

Levy is  35 years old and is most probably single right now. It could be, that she wants none of her private affairs shared with the public. However, you’d think the tantalizing star would not be short of guys approaching her.

The Vietnamese-American sensation has modeled and acted for many hit photo magazines, TV shows as well as on the big screen. However, we cannot say for sure how much her net worth

She keeps a low profile both in terms of her affairs and wealth. That being said, some researchers have estimated her net worth to be around $800,000. Despite being exclusive, she can’t hide her craze for luxury cars. She drives the 69 Camaro.