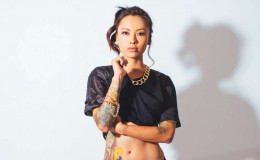 Not just the main characters in TV series or movies sometimes the supporting characters can mark a better place and become fans favorite. Here, we are talking about Furious 7's actress Levy Tran.

Sometimes the supporting characters can leave a greater impact on fans and become fans favorite, unlike other A-list celebrities. Here, we are talking about Furious 7's actress Levy Tran.

The gorgeous diva who's also famous for her artistic tattoos all over the body has been the internet sensation for many years now. But how many of you people are obvious about her life off-screen? Let's find out all the details about the sexy actress right here.

Levy Tran, 35, no doubt, has a huge fan following. Her amazing personality and attractive tattoos has grabbed everyone's attention but has anyone managed to win her heart yet?

Despite being active on most of the social media sites like Twitter and Instagram, Tran has been successful in maintaining her personal life away from the eye of fans and the media. 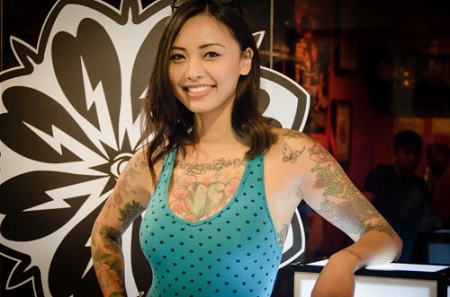 Though her romantic life is far from the reach of media now, she definitely has something to reveal to us.

She's not been active on the big screen these days after performing in 2016 movie Female Fight Squad.

Oh just casually trying to unpuff my puffy eyes... I look like a superhero muahahahhahaha

Though it seems that she has her entire world with her lovely dog, still, we wish to see her dating someone special and living a happy married life soon.

Levy Tran's Past Affair And Relationship

Unlike her bold and sizzling character in the Furious 7, she's more of reserved nature behind the screens. Although there were several speculations about her past affairs, it's quite hard to track it down.

The sources say that she was in a relationship with her boyfriend in 2013 as she took Twitter and Instagram spending quality moment with her love.

With her lovely pet!

Away from home for three whole weeks. Working... and I miss my little guy so much. He is my heart. My world. I've never known love like this and I am so happy and thankful that he chose me to be his human. Together we will travel and explore the world...except now while I'm in Atlanta. Haha. You may be short. And you may be stalky. And your eyes don't fit your skin sockets but you're the most handsome thing I've ever beheld. I love you little guy. I hope you know that... @carlosthebassethound #bassethound #bassetlove #bassetsofig #dogsofinstagram #puppylove #bassethound #bassetlover #bassetowner #doglover #womansbestfriend #puppy And if you could read human English language. Just know I'm only away to work. To make money to buy you food and put a roof over your head. So that I could have some time to take you to the park so you can run and find the biggest branch. And to buy your ear medicine. know that that medicine is good for you. And So that I can buy you treats and know that mommy, if I had the choice, would take you everywhere with me. Because you're worth it. And know that every time I leave, just know! You gotta know! I will always come back to you

She took Twitter to disclose that she's enjoying a quality moment with her boyfriend in March 2013 where she wrote:

Dinner time with the roomie and boyfriend. So excited to eat pork flatiron and beef shoulder and pork… http://t.co/VY09F008WI

In addition to it, she posted an adorable picture of an old couple in July 2013 where she stated that she saw the lovely couple enjoying lunch with her boyfriend in Westwood.

Tran was so mesmerized by the scene that she couldn't stop sharing the lovely post with fans via Instagram. Ever since she hasn't dropped any hints about her secret boyfriend, hence it's difficult to conclude that she's single. She was also once rumored to be dating Deadpool star Ryan Reynolds but it was just a hoax else nothing more. 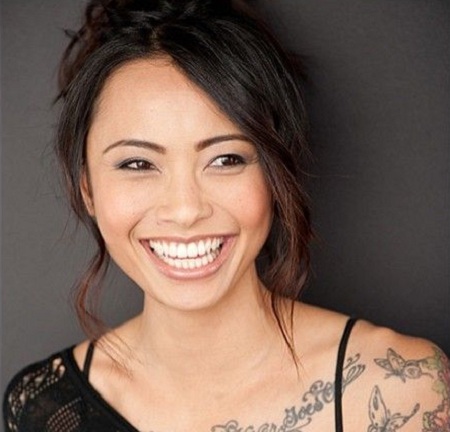