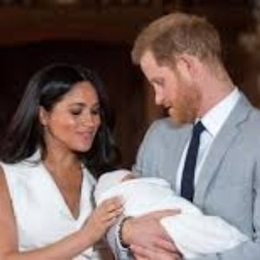 Lilibet Diana Mountbatten-Windsor is the daughter of Prince Harry, Duke of Sussex, and Meghan Markle, Duchess of Sussex. Lilibet is the eleventh great-grandchild of Queen Elizabeth II and eighth in the line of succession to the British throne.

What is in Lilibet Mountbatten- Windsor's name?

Lilibet Diana Mountbatten-Windsor has her name dedicated to her great-grandmother, Queen Elizabeth, and grandmother. Diana is her second/middle name as a tribute to her late grandmother, mother of Prince Harry, the Princess of Wales, Princess Diana. Some call it a rude move by Harry and Meghan whereas some refer as a lovely tribute to queen Elizabeth, 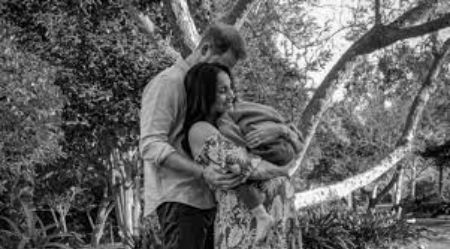 As for the surname, Mountbatten- Windsor was created combining the surnames of Queen and the late Prince Philip after their marriage. The nickname 'Lilibet' was adopted by Prince Philip for his wife as he once wrote, 'Lilibet is the only thing in the world which is absolutely real to me", in a note after their wedding.

Lilibet's Parents Lilibet's father, Prince Harry, Duke of Sussex, is a member of the British family, and her mother, Meghan Markle, is an American actress. Harry and Meghan started dating in June 2016 and first appeared in public in September 2017 at the Invictus Games in Toronto. 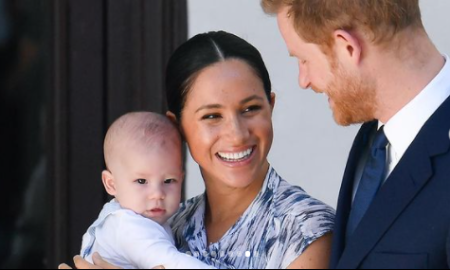 Prince Charles, the father of Harry, announced their engagement on 27th November 2017. Their marriage ceremony was held at St George's Chapel, Windsor Castle, on 19th May 2018. The couple initially lived at Nottingham Cottage in London on the grounds of Kensington Palace and then moved to Frogmore Cottage in the Home Park of Windsor Castle.

On 6th May 2019, the pair gave birth to their first child, Archie Harrison Mountbatten-Windsor. Besides, Meghan was married to former husband Trevor Engelson, an American film producer, in 2011 but got separated in 2013.

How Rich Is Lilibet Mountbatten-Windsor?

Lilibet is only a baby but already gained fame as the baby girl of Prince Harry and Meghan Markle. She became the latest talk of the debate because of her parents' fraught relationship with the British royal family. 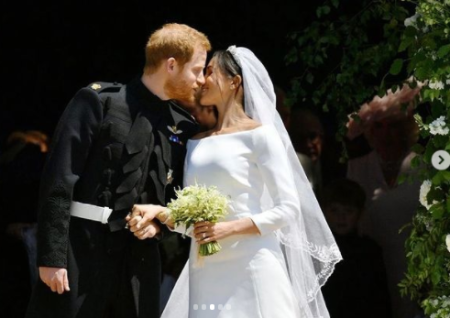 Lilibet Mountbatten-Windsor belongs to one of the wealthiest royal families. SOURCE: Pinterest

Likewise, Harry and Markle have scored lucrative gigs, including a three-year podcasting deal with Spotify for Archewell Audio. Meghan has also earned from her acting career and appeared on several television shows and movies including Suits and Remember Me.

In addition, Prince Harry revealed in an interview that they were financially cut off from the Royal family but were able to live independently with the inheritance left by his mother, Princess Diana.