Home Article A New Dawn In The British Monarch; Prince Harry Weds American Actress Meghan Markle In A First Of It's Kind Ceremony

A New Dawn In The British Monarch; Prince Harry Weds American Actress Meghan Markle In A First Of It's Kind Ceremony 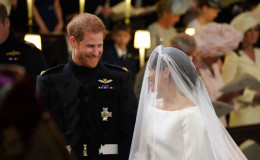 Prince Harry and Meghan Markle Tied The Knot; Details On The Royal Wedding; The duo exchanged vows in the St George's Chapel in Windsor; Prince Harry opted to wear a wedding ring a first for any British Monarch; Also, see..

A day marked in the history of the British Monarch and probably of the "World" as well.

Prince Harry, the charming face of the British Royal family has finally tied the knot with his girlfriend of few years, Meghan Markle. But as one would call it, the wedding in itself was quite different as you'd expect.

As the former SUITS star, Meghan Markle walked down the aisle, without her father, of course, she sent a powerful message all around the world. According to the tradition, the father hands over his daughter to her man of the hour. 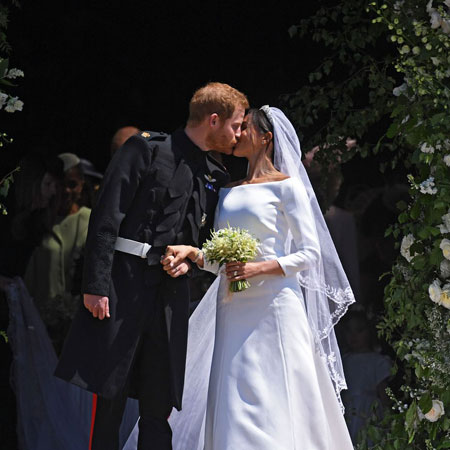 The Canadian born actress has always been open about her opinion and is famed around the world for being an uptight feminist. Looks like to send waves all over the world, she entered the St. George's Chapel alone. Her father-in-law, Prince Charles though, met her halfway across the Chapel.

As she reached to the aisle, she and Prince Harry exchanged 'I do's' while glancing at each other with joy. Over the past few years, the duo has been dating and it wasn't until last year they officially announced their relationship.

With his marriage, the six in the line, Harry, broke all the traditions and married someone who is three years older than him, who is biracial, once divorced, and forthright regarding her opinion.

The now Duke Of Sussex, Earl of Dumbarton and Baron Kilkeel and Her Royal Highness the Duchess Of Sussex tied the knot in front of 600 guests. The spectators included the likes of George Clooney and Amal Clooney, David Beckham and Victoria Beckham,  Oprah Winfrey, Elton John, among many others.

Meghan wore a pure white, wide-necked dress which was hand designed by the renowned designer, Clare Waight Keller. The dress had a 16-feet long follow trail. Harry became the only British Royal to wear a wedding role, another custom he broke.

Harry's big brother, Prince William, and wife, Kate Middleton arrived in the nuptials along with his two nephews, Prince George and Princess Charlotte. The Duchess and Harry's Best Man (William) decided not to bring the newest addition to the family, Prince Louis.

The wedding ended on a good note, not just in the aspect of a big fat Royal Wedding but also breaking all the stereotypes which used to be a pivotal part of the British Monarch.