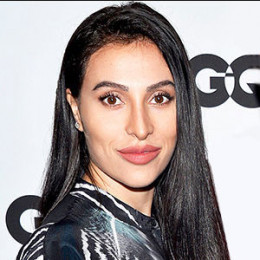 Professional dancer, Lilit Avagyan came to limelight after winning the U.S. National Dance Championship in 2008. She also represents the United States in the Latin American World Championships in Australia. Besides, the dancer is also popular as the wife of a professional soccer player, Reggie Bush.

Is Lilit Avagyan Married? Get All The Details About Her Personal Life

Lilit Avagyan is married to her long term boyfriend turned husband, the NFL running back, Reggie Bush. The duo dated for over two and a half years and finally exchanged the wedding vows on 12 July 2014.

In addition, the wedding was held at the Grand Del Mar hotel in San Diego among many A-listed celebrities but the main surprise guest was Brody Jenner and his girlfriend, Kaitlynn Carter. 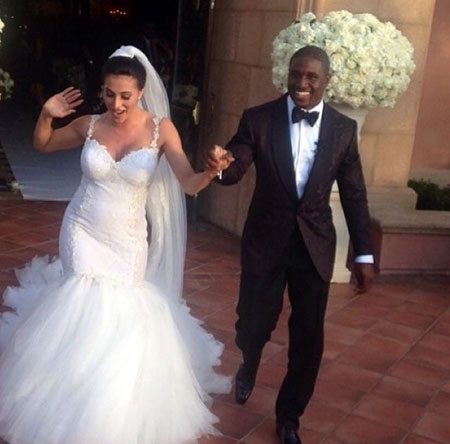 Lilit Avagyan and Reggie Bush at their wedding.
SOURCE: Dipped In Lace

The duo shares three children together; one daughter and two sons. The couple welcomed their first child, Briseis Bush on 6 May 2013 after dating for one and a half years. After that, they decided to get married. Later, they were blessed with two sons, Uriah Bush on 12 July 2015 and Agyeman Bush on 2 September 2017.

From us to our kids and down to their kids and on and on will never forget #1915neveragain Armenian Genocide will not be forgotten. My heart belongs to my roots. ????

Avagyan is currently free of rumors and lives a happy life with her family of five. Avagyan met Bush in early 2011 and initially began kindling romance. They are united as life partners for eight years now and till today, neither of the pair is involved in extramarital affairs and divorce.

Lilit Avagyan most recently enjoyed a beachside pool party with her beau on March 16, 2020. Later, they again celebrated her husband, Reggie Bush on March 4, 2020.

She captioned My love, my husband and best friend I am forever grateful for your life" with a snap kissed on his cheeks.  The starlet is so in love with her partner and kids that she never miss showering the pictures of her family on social media.

Besides, her husband once dated Kim Kardashian before 2009 and separated on 27 July 2009.

How Much Is Lilit Avagyan's Net Worth?

Lilit Avagan is a professional dance teacher and her estimated net worth might be somewhere $500,000 ballpark. She even won several competitions in her career and appeared in several tv shows, therefore, she must have collected a good sum of money. Moreover, the average salary of a dance teacher is $49,573 annually.

You may Also See: Jada Grace's Net Worth & Personal Life

Lilit's husband, Reggis is also a well-known celebrity and holds an estimated net worth of $14 million. The duo lives a lavishing life with their children in a Luxurious house in Los Angeles which market price is around $6 million.

Lilit Avagyan was born on November 30, 1987, in Armenia with Sagittarius birth sign and belongs to the Armenian ethnicity. She is the daughter of  Avg Avagyan and Julieta Avagyan. Further, she grew up along with her sister Anna Avagan.

Lilit found her love for dancing and started learning various dance forms in Europe. After which she started her career as a dancer from ballet academy and since then there was no turning back for her.

Lilit Avagyan is married to her long term boyfriend turned husband, the NFL running back, Reggie Bush. The duo dated for over two and a half years and finally shared the wedding vows on 12 July 2014.

Lilit and her husband Reggie share three children together and their only daughter is Briseis Bush.

Lilit and her husband Reggie share three children together and their second child and first son is Uriah Bush.

Lilit and her husband Reggie share three children together and their and second son is Agyeman Bush.