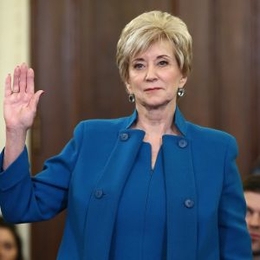 If you watch WWE (World Wrestling Entertainment), then you must surely know about Vince McMahon, the chairman & CEO of WWE. In this article, we will be talking about his wife, Linda Marie McMahon, who once also was the CEO of WWE.

Linda McMahon exchanged her wedding vows to the former wrestler Vince McMahon on August 26, 1966, in New Bern, North Carolina. The two first met in church when she was just 13, and Mr. McMahon was 16. After some completing her high school graduation, Vince proposed her to marry him. At the time of their marriage, Linda was 17. 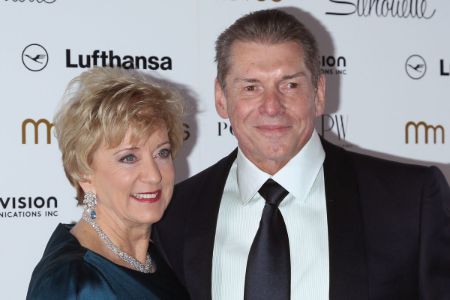 It is hard to believe, but the couple faced a financial crisis and bankruptcy some years later their marriage. Telling you the truth, Vince even worked for 90-hour-a-week at a quarry. Like it said, "the strongest thing about time is it changes" after some years of their hardships, Mr. McMahon decided to establish his own wrestling company in 1979. Now we all can see the outcome of him getting started with a wrestling company. 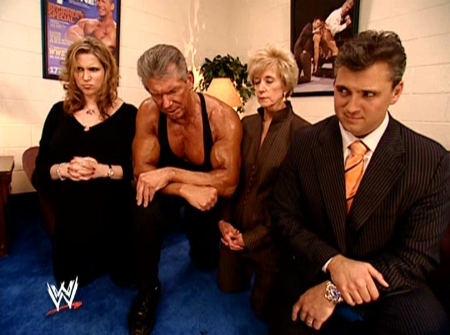 Linda McMahon captured with her husband and kids.
SOURCE: Pinterest

Speaking of their children, Mr. and Mrs. McMahon give birth to a son and a daughter. Firstly, the two gave birth to a son named Shane Brandon McMahon on January 15, 1970, in Gaithersburg, Maryland, U.S. Shane occasionally shows up in WWE as a wrestler. Moreover, he is the executive vice-chairman of Ideanomics and also a minority producer in WWE. The Ideonomics' vice-chairman tied the knots with Marissa Mazzola-McMahon in 1996. Later, the pair was blessed by three sons, Dechan James McMahon, Rogan McMahon, and Kenyon Jesse McMahon. 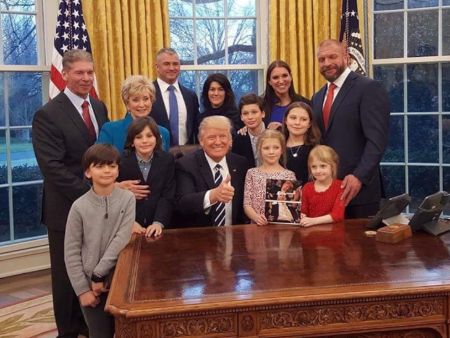 The McMahon family, together with the US President, Donald Trump.
SOURCE: TMZ

Over six years later, McMahons gave birth to Shane; they were blessed by a beautiful daughter, Stephanie McMahon, on September 24, 1976, in Hartford, Connecticut, U.S. She is a famous professional wrestling personality. McMahon's daughter is married to 'The King of Kings' in the world wrestling, Paul Michael Levesque (better know by the ring name Triple H). The lovely couple has three adorable daughters, Aurora Rose Levesque, 14, Murphy Claire Levesque, 12, and Vaughn Evelyn Levesque, 10.

The Staggering Net Worth Linda McMahon, Faced Certain Financial Disaster in Past Days

Undoubtedly, the 72-year-old businesswoman belongs to an extremely wealthy family having an estimated fortune of $1.7 billion. She formerly worked in the field of intellectual property law. Also, she was the executive in professional wrestling following her husband. 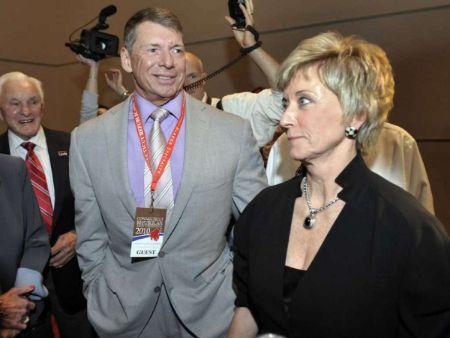 The McMahons' hold a whopping net worth of 1.7 billion.
SOURCE: Connecticut Post

Apart from this, the billionaire's wife got engaged in politics. She was chosen as the '25h Administrator of the Small Business Administration' by the U.S. President, Donald Trump, on December 7, 2016. As per some of the reputed sources like the celebrity Net Worth, she has even run two unsuccessful campaigns to become Connecticut's senator.

Most people have indeed known about the financial crisis faced by McMahons in the early marriage phase. Believe it or not, they briefly received food stamps until Vince worked at a quarry for 90 hours per week. After starting his own wrestling company, the hall of Famer soon became the owner of the Cape Cod Coliseum in Massachusetts and became the founder of Titan Sports, Inc, in 1980.

Visit marriedwiki.com for more interesting Biographies and the latest Scandals of your favorite celebrities.

Vince McMahon is the chairman of WWE. Together with him, Linda gave birth to Shane & Stephanie.

Shane McMahon is the first born of Vince and Linda. He is the only son of the lovebirds. He is a businessman and occasionally appears in WWE.

Stephanie McMahon is the second child and an only daughter of Linda with Vince. She got marred to Triple H and welcomed three adorable daughters.