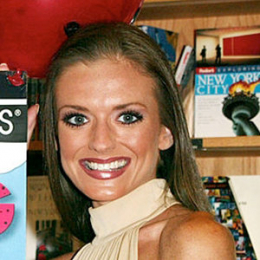 Linda Ripa is an author who's published the world-famous book 'The Ladybug Blues'. She is better known as the sister of actress and dancer 'Kelly Ripa'. Besides all this, she's known for her association with ABC New Media Productions, Philly 57, CN8, and so on.

Linda Ripa remains tight-lipped when it comes to sharing her love life or relationship status in front of the public. This blonde-beauty refused to disclose the identity of her partner. But it doesn't mean she's never been married or engaged.

Ripa was seen wearing a dazzling diamond engagement ring on her ring finger until 23 August 2013. The 51-year-old has probably been through a personal issue or bitter split. For the very reason, she is still single and raising her son as a single mother.

News had it that she shared vows to a police officer until mid-2013 and gave birth to a son named Sergio-Giuseppe Ripa on September 8, 1999. Linda felt so blessed and happy to have such a partner and a child until her dream shattered into pieces.

I look like a cheap hooker in my ID photo

When Linda was seven months pregnant with Sergi she was hit by a minivan at a traffic stop which left her pelvis bone broken in a way that caused her unborn child to go into a coma. She went into operations without anesthetics and did not take any pain medicines out of the fear that it might harm the unborn baby.

Finally, after four weeks of the accident, Sergio was out of coma and was born about seven weeks premature. About the birth of her child she stated:

''We don't know how it happened, but it did and, of course, we call him Miracle Baby,''

Since the accident, Linda has undergone multiple surgeries and was bedridden for over a year and Sergio suffers some breathing problems but nothing serious. She is also active in the group called Mothers Against Drunk Driving (MADD) to prevent drunk driving.

What is Linda Ripa's Net-worth? Know more about her Earning and Wealth

Linda Ripa who turned 5O years in 2018 boasts an impressive net worth of $10- $ 15 million. She earned this wealth through her work as an author and also through winning a medical lawsuit. 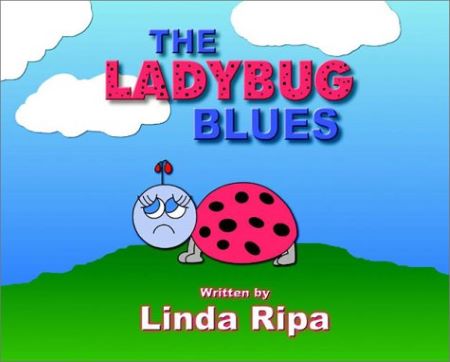 Ripa who suffered an accident in 1999 filed a lawsuit against Dr.Menachem Meller for rushing her unnecessarily into surgery without informed consent and then improperly repairing her broken ankle.

Linda claimed her blotched surgery lead to chronic pain and clawed foot which prevented her from pursuing acting and modeling opportunities, and from accepting a $150,000-a-year job as a personal assistant to her sister, Kelly Ripa.

Ripa won the lawsuit and the court asked Dr.Menachem Meller to pay $15 million as compensation. Also, after the accident she was bedridden and she used this opportunity to write a children's book named 'The Ladybug Blues' which costs  $1.03 for hardcover.

Speaking of Linda Ripa's career or professional background, she is indulging herself in vivid fields such as News Media Productions, Philly 57, CN8, and NLP.

In the same vein, the Camden County native starred in ABC's show known as Across America. She's contributed a lot to American literature as well as the broadcasting sector. It shows that she is a skillful and multitalented person who does not just stick to one particular path.

Linda Ripa was born on December 3, 1968, in Camden County, New Jersey to mother Esther Ripa, a homemaker and father Joseph Ripa, a labor union president, and bus driver.  She consists of Italian and Irish ancestry and was raised as Roman Catholic. 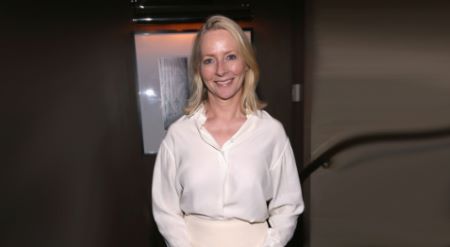 Linda's sister, Kelly Ripa is an actress and dancer and through Kelly, she is the sister in law to actor Mark Consuelos and aunt of Micheal Joseph Consuelos, Lola Grace Consuelos, and Joaquin Antonio Consuelos. Linda has a cousin named, Steve Ripa.

Sergio Guiseppe Ripa is the son of Linda Ripa and nephew of Kelly Ripa. Linda suffered from a car accident when she was pregnant with him.