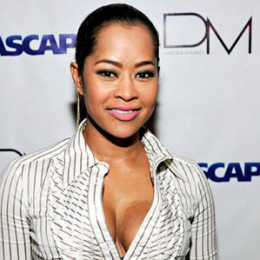 An American television personality, actress, realtor, screenwriter, and designer, Lisa Wu , is currently single. He previously married to a former American football linebacker, Edgerton Hartwell. The couple married in December 2005 and divorced on 7th October 2011.Lisa is popular from her movie named The Real Housewives of Atlanta Hollywood Divas. Lisa began her career as a backup dancer for a musical band named Public enemy.

Early Life and of Lisa Wu

Lisa Wu was born on January 23, 1973 in the United States of America. Her birth sign is Aquarius which defines her personality as imaginative, affectionate who embraces changes.

Wu started her career as a backup dancer for musical artists and bands such as Public Enemy, EPMD, and Candyman. Later, she joined the rap group 19. In 2003, she starred in the film, Black Ball. She rose to fame aftre starring in the inaugural season of Bravo's The Real Housewives of Atlanta.

After her departure from the show, Wu continued her acting career and producer. In 2014, she appeared in a short film, The White Sistas, on the TV One series Hollywood Divas.

Lisa Wu is one of the popupular TV personality and actress, she earned a good sum from her acting career and TV shows. Beleiving some onlibe sources, she has an estimated net worth of $2 million.

Lisa Wu is possibly single at the moment but previously,she married twice. She first married singer and songwriter, Keith Sweat in 1992 at an intimate ceremony in the presence of their closed ones and family members.

In 2005, she married Ed Hartwell with whom she shared a son, Ed Jr. After six years of marriage, Hartwell filed for divorce on August 2011 which was finalized on October.

Keith Sweat is her first husband .The couple married in 1992 and divorced in 2002. Her ex-husband is a record producer, actor and radio personality.

She secod married to a football linebacker, Edgerton Hartwell. The couple married in December 2005 and divorced on 7th October 2011.

Their first child Jordan Sweat was born in 1995 .

Justin Sweat is a second son of this couple ,he was born in 1998.