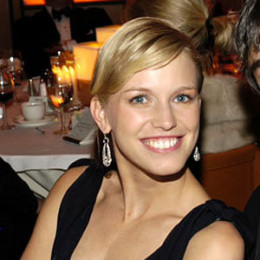 Lucinda Southworth is the wife of computer scientist and an internet entrepreneur Larry Page. She is the daughter of Dr. Cathy McLain and Dr. Roy Southworth. She graduated from the University of Pennsylvania and holds a Masters in Science from Oxford University. Lucinda Southworth is also affiliated with the prestigious Biomedical informatics lab of Stanford, where computer technology is combined with biology to solve problems in the field of genetics.

Lucinda Southworth was born on 24 May 1979 in the United States.

Later, she pursued her Ph.D. program in biomedical informatics from Stanford University.

Her older sister Carrie Southworth is an actress and model who is known for her role of Dr. Claire Simpson in the second season of “General Hospital: Night Shift in 2008”.

Southworth belongs to the family of philanthropic background. Her father, Dr. Van Roy Southworth who completed his Ph.D. program from Stanford University worked at the World Bank.

Likewise, her mother, Dr. Cathy McLain is an educational psychologist. She is the founder of the McLain Associations for Children and the U.S. based Stepping Stones International Organization. Lucinda has a sister named Carrie Southworth who is a renowned actress.

Lucinda is a professional scientist and researcher. Her husband Larry Page is an American computer scientist and co-founder of Google with Sergey Brin.

Details about the net worth and salary of Southworth has not been revealed yet. As of October 2018, her husband Larry is the 9th-richest person in the world with an estimated net worth of $53.4 billion.

Forbes listed him in the billionaires list in 2019 among Warren Buffett and Bill Gates.

Southworth is a married woman. She tied the knot to her husband Larry Page on 8th December 2007.

The couple dated for more than a year and finally decided to exchange vows on Necker Island, the Caribbean island owned by Richard Branson. 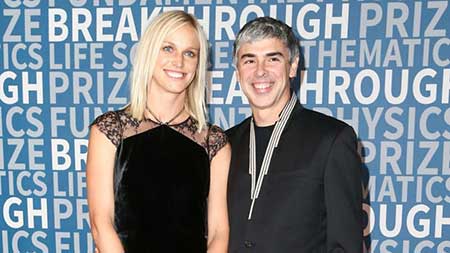 The couple is blessed with two children born in 2009 and 2011. Page suffered from paralyzed vocal cords caused by an autoimmune disease called Hashimoto's thyroiditis.

Lucinda Southworth is married to Larry Page since 2007. The couple has been blessed with two children, a baby boy born in 2009 and second was born in 2011 but the couple has not disclosed their children name in their bio.