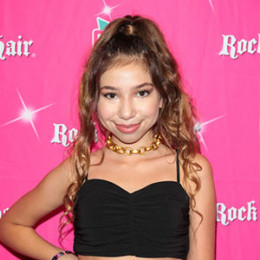 ''There is no age to start a career.'' American child artist, Lulu Lambros proves the quote as she started her career from a very early age. The rising star is popular for her appearance in the Disney Channel's TV series Stuck in the Middle. As of now, the star gathered an impressive fan following on her social media.

How Much Is Lulu Lambros' Net Worth?

Lulu Lambros' net worth is around $100 thousand, however, the amount is still under review. Her major source of income is her acting career from where she collected an impressive net worth and salary.

As per some sources, a child artist makes an average salary of $2k to $120k. Lambros also appeared in several commercials from where she definately received a decent paycheck.

always up in the clouds ??

Moreover, Lambros earns $612 - $1,020 per promotional post on her Instagram account. She runs a self-titled YouTube channel which can also be counted as her source of income. The star has a hand full of work from which we can see a rise in her earning.

Besides, Lulu involves several charitable activities. She helps to raise awareness for anti-bullying with many charitable organizations. She also supports pet rescue.

What About Lulu Lambros' Personal Life?

The rising star, Lulu Lambros won the hearts of millions of fans at the very short period of time. She manages to gather a huge fan following from her amazing work.

Lambros loves to spend time with her family and friends. She is an animal lover and has three pet dogs.

The child artist is very fashionable. Scrolling her social media, she is very conscious about her look and prefers makeup and fashionable clothes & accessories.

Some of her hobbies include dancing and singing. She also loves to travel.

Lulu Lambros was born on 9th October 2003 in the United States under the zodiac sign Libra. Her nationality is American and belongs to White ethnicity/race.

Then and Now #10YearChallenge

When it comes to her career, Lambros discovered by her now an agent at the age of 10 at an acting showcase. She then appeared in a series of commercials.

Lulu made her acting debut in 2014 in the short video, Draw My Dream which is all about children's wild dreams brought to life. Following her debut, she worked in several TV series including Picnicking Like a Bro, OMG, and Mutt Stuff among others. 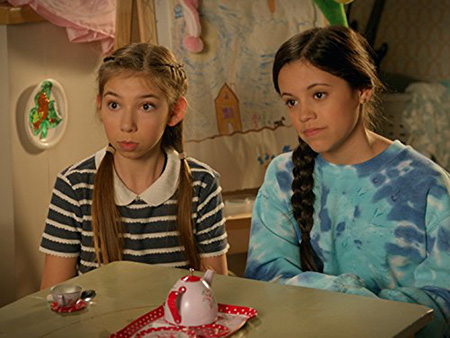 Lulu Lambros and Jenna Ortega in an episode of Stuck in the Middle.

Her breakthrough came in 2016 in the Disney Channel's TV series, Stuck in the Middle. The series starred Kayla Maisonet, Isaak Presley, and Nicolas Bechtel.

Check out the interview with Lulu Lambros!